I have been asked various versions of those questions more times than I can say. And naturally, I have my opinions and thoughts on which breweries I think use social media well, as well as opinions about who does it wrong.

But, I am social media geek and a snob, so I am curious to see what everyone else thinks. This is why I have decided to launch the “Top Ten Social Media Breweries” Awards. 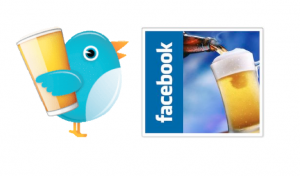 The nomination round is the first step. I have developed a list of questions on Survey Monkey with multiple choice answers and some essay style responses to capture what it actually means for a brewery to be “good” at social media.

My goal is to get as much feedback from as many people possible, to make the results really legitimate. The more people that get involved, the better the results will be. So please pass along the link! And may the best brewery win!!!