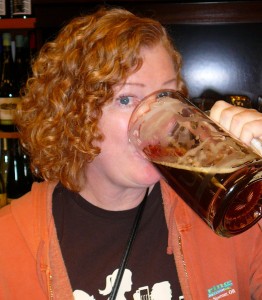 Tulsa, Okla., then we moved to Evergreen Colo., when I was in high school.

Sips? A kid from Dad’s Busch cans. I always liked it! First full beer was probably in college. “Back in the day” in Colorado, you could drink “3-2 beer” (3.2 percent ABV) when you were 18! They even had little bars for us 18-20 year olds to hang out in. The one in Fort Collins, where I went to college, was called The Library, which was great because if your parents called, your roommate could say you were at The Library. It worked until my parents found out about The Library. Then, even if I was at the library, they thought I was at The Library.

See above, that’s all I remember!

Colorado State University, Fort Collins, Colo. (Go Rams!) I got a degree in Journalism. I worked all through college, first as the assistant to our professor in Broadcast Journalism, teaching the labs that I had just completed. Then, I got an internship at a local commercial radio station, which turned into a job as their cub reporter, reading the news in the afternoons and covering city council and school board meetings; so I was doing that AND the lab work at school. It didn’t give me a lot of time for extracurricular activities! 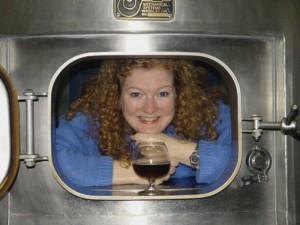 My first craft beer epiphany was when I was working as a TV reporter in Fort Collins. I got to go cover the opening of a place called Coopersmiths (which was related to Wynkoop, which had already opened in Denver). They gave us tastes of the beers they were making and I thought it was great! I noticed a few other reporters were making “bitter beer” faces (this was a time of macros and the land of Coors Light, remember) but I couldn’t understand why. Of course, my then boyfriend (now husband) and I had been drinking imports and doing the World Beer Tour or whatever they called it at Old Chicago restaurant in town, so I think my palate was more up to the challenge!

Here’s another: My (now) husband and I were moving to Portland from Colorado. This was 1989. (Yep! I am that old!) He had already moved here and I was finishing up my job there. He called me one day and was going on and on about this great beer he had at a place called McMenamin’s. Our first day moving in, he took me there. I ordered a beer called a Hammerhead. It was amazing! I knew I was going to love Portland. We spent a lot of time cruising around looking for great beers back then. Oh, wait. We still do!

I have craft beer epiphanies all the time, though. It’s one of the things I love about craft beer. There’s always something new that blows me away. I think the biggest one I had was a few years ago, after I had been writing for awhile and someone called me an “expert.” I don’t consider myself an expert. I consider myself a lifelong craft beer student. Because the one thing I’ve learned is the more I know about beer, the more I realize how little I know. 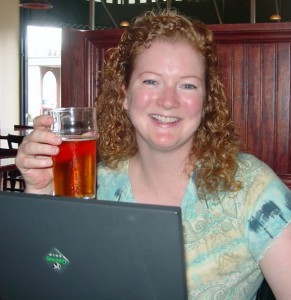 Over a year for Hoppress and about the same for beergoddess.com, but I’ve been writing about beer for more than a dozen years. I started with an online twice-monthly column in 1999. That was before there was anything called a blog!

I love how it reaches out to so many people.

Beergoddess is my nickname. Hop Press was assigned by rate beer.

Spread the good-beer word — just like everything else I do.

Actually, the coolest thing that happened to me was when I won the Beer Journalism Award for “electronic media” in 2004. It was the first time the Brewers Association gave out the awards, and I was the first woman to receive one. I also was up there with Stan Hieronymus and Michael Jackson, which was a big honor.

There is no way I could narrow it down to just three! Plus, they kind of change all the time. 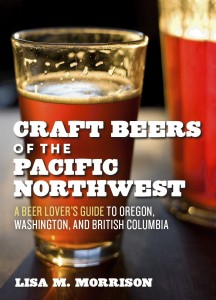 Besides all my local peeps you mean? Because there is no way I could ever pick out three from my locals! I am going to go for some smaller breweries that might not be as well-known but deserve some attention:

I think my efforts are best served working for ALL the great breweries by promoting craft beer. But I might be convinced otherwise if the right offer showed up.

Yes, but it’s been a while. My favorite beer was one I created after I dreamed about it one night. It was probably a good eight years ago, it was a vanilla bean porter and at the time, I don’t think anybody was doing stuff with vanilla beans. It turned out yummy!

Nope, not yet. Sometime soon, I hope!

Oysters and stout. But ask me again in a few minutes and it will be different. 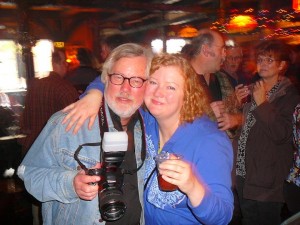 I am now full-time Beer Goddess, because I also have a weekly radio show called Beer O’Clock: the show for people who love great beer. It’s on the local airwaves on Newsradio 101 FM and 750 AM as well as being picked up on the Radio Northwest Network by small local stations all across Oregon and into Washington and even down into Northern California. You can listen livestreamed on kxl.com anywhere and also pick up the podcast on kxl.com, beergoddess. com and on iTunes.

That keeps me busy, along with finally finishing my first book, Craft Beers of the Pacific Northwest: A Beer Lover’s Guide to Oregon, Washington and British Columbia. Now we are working on a book tour!

I’d become a brewer myself. Because I love the creation of beer. I find the balance of science and art fascinating.

Yes, Children? Not human ones, but we have a furry child in dog form named Yeti and another one in cat form named Lottie. 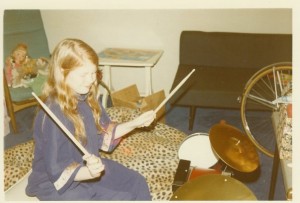 Flanders-style Red Ale, because I am kinda sweet, kinda tart and I have red hair.

Great Divide Yeti, because I love the beer and my dog is named after it. And I’d take my own sweet time deciding which version I would want, which would bide me time until my stay of execution was signed!

3. If I contracted you to brew a beer (or design a beer recipe) called “The Beer Wench” — what style would you chose and what, if any, extra ingredients would you add?
Something effervescent, like a saison. Maybe with some pepper for extra zing!

4. If you could be a superhero, what would you want your superpowers to be?
The ability to make anybody laugh and be happy.

5. What is one of the craziest things you have ever done and lived to tell the story?
I can’t tell you or we would all have to be killed.

It’s an essential food group. But I think my hubby said it best when, on a Meatless Monday, he was trying to convince me to add bacon to whatever it was I was cooking. His argument: “Bacon’s not meat. It’s flavor!”

SPECIAL THANKS TO LISA FOR AN AWESOME INTERVIEW!