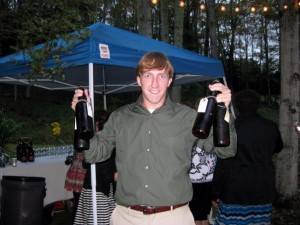 I ran cross country in high school. Nowadays its mostly biking in the warm weather and skiing in the cold.

First sip probably when I was 8 or so. First full beer was at about 16.

I had my first few sips of beer from my Dad’s Coors Light in the kitchen of my childhood home. My Dad let me try it and I didn’t like it at all. Funny that I’ve come full circle with my feelings toward fizzy yellow beer.

I studied History at Ithaca College in Ithaca, NY. I was also a part of the Senior Class Cabinet. Other than that, I partook in drinking horrible (yet cheap) beer. 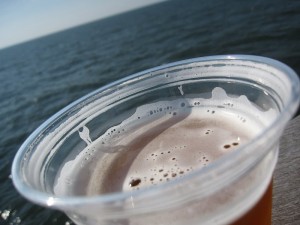 For months I had been reading online about this mythical beer called Hopslam that was the supposed best beer in the world. At the time I was mostly drinking light beer and the occasional Hoegaarden and some Yuengling. Finally I got the opportunity to trade for some Hopslam. When it arrived, I drank it (out of the bottle, oops) and my tastebuds nearly exploded out of my face. I would never be the same again.

My homebrewing epiphany came in 2007, when my two friends and I decided to go in on homebrewing equipment together. You can actually see our first adventure in homebrewing on youtube.

I was starting to amass tons of photos of beer and I wanted to share them with friends in a more interesting way rather than just emailing or uploading them to a website. The blog provided for me a format where I could highlight the stories behind the photos as well.

I hope to entertain, geek out a little bit and just sort of chronicle my adventures in beer and homebrewing.

The connections and friends I’ve made through the blog have been tremendous. Its been said that #beerpeopleRgoodpeople and its more than true. 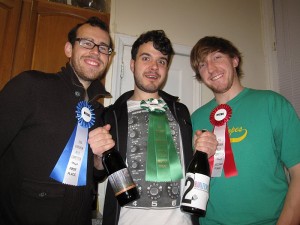 Cigar City, Russian River and Three Floyds at the moment.

Founders in Grand Rapids, MI is an amazing place. You really can’t go wrong combining a brewery, music venue and restaurant all in one!

My brewing team and I won Third Place Best of Show at the NYC Homebrewer’s Competition for our Smoke Ale. It tastes like bacon! We also won an award for our English Barleywine that we aged in the bottle for 2 years. We’ll also be pouring our homebrew at the upcoming Get Real NY Cask Ale & Real Food Festival.

Not yet, but I’d love to get my BJCP and Cicerone certification some day. 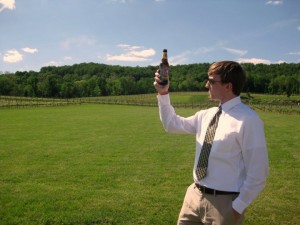 Open my own nanobrewery and/or open a growler-filling store in my neighborhood. Surprised?

Not married, but live with the girlfriend.

I try to ride my road bike around as much as possible, it also helps burn off all of those beers! 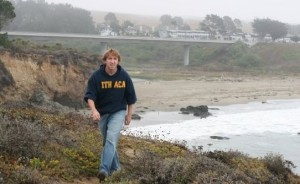 I would be a porter. Sessionable yet delicious.

Founders Kentucky Breakfast Stout – it seems to perfectly bring together all of the flavors I’d want in a beer.

How about an American Pale Ale with some chipotle peppers? Hoppy and spicy together at last!

The ability to turn drunken-ness on and off at any given time. Too many times I’ve had amazing beers late in the night, only to find myself unable to recall all its nuances in the morning.

I suppose it would be driving across the country with 3 high school friends the summer after our freshman year in college. We did NJ->CA and then back to NJ via the southern route, all in 12 days time.

As long as its organic/all natural/etc, I’m all about it.

SPECIAL THANKS TO JOHN FOR AN AWESOME INTERVIEW!