If you have some sort of connection to the online craft beer community, you are probably aware of the recent legal turmoil facing Cigar City Brewing Company (based in Tampa, FL). If not, well have no fear. That is what I am here for!

For those that don’t remember, Cigar City Brewery faced opposition from neighbors just over two years ago when its owner, Joey Redner, applied for wet-zoning. The council, consisting of 7 members, voted in favor 5-2 of Redner, after he promised to be a “good neighbor.” In order to reach a compromise between both parties, the council granted Cigar City a “trial run” wet-zoning permit for only one year, with limited hours.

Which brings us to today. Last Thursday, Redner applied for a continuance of the wet-zoning permit as well as extended hours of operation. Three members of the Tampa Bay City Council voted against making the wet-zoning approval permanent, and three members voted for it. Which leaves us with one vote missing in action. 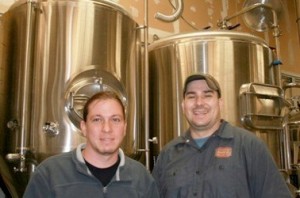 If this passes, Cigar City will be forced to close its tasting room — which would also mean an end to events, special releases, on-premise beer sale etc. As an ex-resident of Tampa Bay (yes folks, I get around), a craft beer evangelist, and a hardcore fan of Cigar City Brewing Company, I would like to add my two cents to this argument: I think its bullshit. (Brief apology to those I just offended). 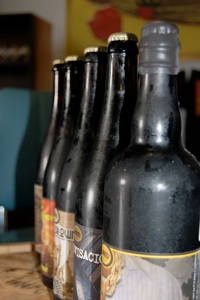 The State of Florida often gets referred to as the “Beer Wasteland” (among other things). And I’m not gonna lie, it was pretty damn hard to be a beer geek in Florida. Decent craft beer bars are very few and very far between. Grocery store craft beer selections are mediocre at best and specialty stores are almost non-existent. My saving grace was Total Wine, which carries one of the most extensive and impressive craft beer selections I have found in retail stores of its size.

In Florida, there are only a handful of craft breweries, and only about two of them have even been able to make a name for themselves. One such brewery is Cigar City Brewing Company. I was lucky enough to be living in Florida when Cigar City started brewing, although not lucky enough to be there when they opened the tasting room doors. Aside from a few craft beer bars and a few wine bars serving decent craft beer, Tampa Bay’s overall craft beer scene was lackluster and almost pathetic — that was until Cigar City came along.

I can say with complete confidence that Cigar City’s tasting room has single-handly amplified Tampa’s craft beer scene, increased tourism (trust me, us beer geeks are flocking to there), and helped boost the local economy by increasing local spending and adding more jobs (the brewery went from 2 employees to 22).

“Our next trip in front of the Tampa City Council will be December 2nd. My birthday. We need 4 votes at this meeting and a following one or we lose our wet-zoning on the 16th of December. This means no more Tasting Room, no more special events, no more limited release parties, no beer for sell, at all, at the Tasting Room.” — Joey Redner, Cigar City’s blog.

So what can we do to help?

Beer blogger Sean Nordquist sums it up best: “Tell the Tampa City Council not to vote for killing jobs. Tell them not to vote for limiting growth. Tell them to reward success and not punish it. Tell them that local businesses are watching. And so are those that might wish to do business in Tampa in the future.” All it takes is five minutes to write a message and blast it out to all of the people below. In fact, copy and paste Sean’s message if you need to. PLEASE, please … take the time to contact these people. (ALSO: Join the Facebook Group: SAVE THE CIGAR CITY TASTING ROOM)

The three members of Council who voted against Cigar City:

The three members of Council who voted for Cigar City:

The Council member who was absent: