DRINK WITH THE WENCH PRESENTS:
Behind the Twitter Avatar Series

Are you curious about the men and women “hiding” behind Twitter avatar of the world’s most beloved craft breweries? Well, you are not alone. The Wench has gone behind the scenes to reveal and introduce you to the individuals who possess the ever coveted social media positions in the craft beer industry.

Many craft breweries have multiple twitter handles (for various roles in the company and territories for sales), but few have quirky and fun Twitter accounts… Well, that is except @DeschutesBeer, who gave its mobile bar, which is in the shape of a barrel, it’s very own Twitter account. Meet the two fun guys behind @dbwoody — FYI, DB = Deschutes Brewery. 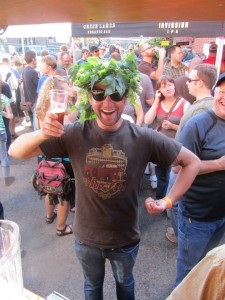 What is your “official” position with Deschutes?
Brand Sales Ambassador

What is your favorite beer from Deschutes?
Hands down The Dissident!!! It is a Flanders Style Sour Brown with crushed sour cherries, fermented with wild yeast and aged in Pinot Noir and Cabernet wine barrels. It is extremely complex but beautifully rounded… I swear if this beer was a woman I would put a ring on it!

What is your favorite beer and food pairing?
My Favorite beer food pairing would have to be a big balanced IPA (Hop Henge) and spicy Thai food. They compliment each other so well and its always nice to have something cold and delicious to sooth the fire on your palate.

If you were a style of beer, what would you be and why?
Wow, that’s a good question… If I were any style of beer I would want to be a Belgian Quad. It is bold and complex with a great depth of history and culture put into its creation yet it’s smooth, very palatable, and it never really leaves a bitter flavor in your mouth. So If I can match my personality to the attributes to beers like the Stoic and St. Bernardus Abt 12 that would be ideally me in a bottle.

And last but not least, what does craft beer mean to you?
To me Craft Beer is more than a good pale ale or an imperial stout that will knock you on your ass, it is really a culture. I view craft beer as an art. No two are truly the same and everyone celebrates each others masterpieces. So, for me that is why I feel so incredibly lucky to be where I am… It’s the best job in the world! 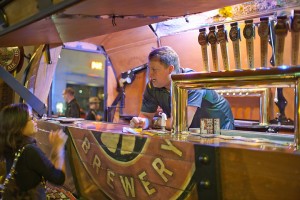 What is your “official” position with Deschutes?
Brand Sales Ambassador

What is your favorite beer from Deschutes?
Hop Henge because Joey picked The Dissident. It is my number 2 beer that is a perfect balance of hops, malts, and alcohol. 6 hop additions make this 95 IBU beer a festival in your mouth while the sweetness from the malt and the spice from the 9% ABV will knock your socks off.

What is your favorite beer and food pairing?
Simple…Anything from our pubs. Most of the dishes are beer infused and pair with a beer on tap. Even the menu helps by giving you options. Chef Jeff and Matt’s specials will tame any hunger while giving your mouth something to cheer about.

If you were a style of beer, what would you be and why?
I’d have to be a lambic because I am sweet, brightly colored, and a little wild! Call this my guilty pleasure but I always have one sitting in my cellar.

And last but not least, what does craft beer mean to you?
The history of many bad batches of beer to get to what we all love and enjoy today. It is the blood, sweat, and tears shed by the home brewers. These pioneers in the 1980s that decided to take their garage concoctions to the next level and share the American dream with all. Cheers! 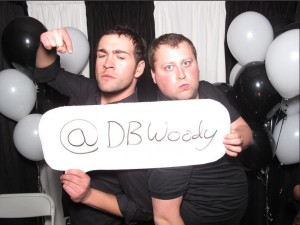