AUTHOR OF: BLOGGING AT WORLD OF BEER 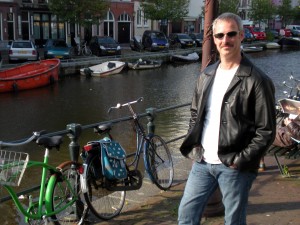 NOTE FROM THE EDITOR: Before I dive straight into my interview with Stephen, I feel it important to note how important and impacting he has been on my development as a beer writer and beer connoisseur. I had the honor of meeting Stephen while visiting Chicago for the 2008 National Restaurant Association Show. We met through a mutual friend at Goose Island — where Stephen was the first person to introduce me to the “Saison” style of beer.

That night ended up being one of the most memorable, eye-opening and educational experiences in my early beer writing days. It was on that fateful night that I had my biggest “beer epiphany” after tasting my first gueze. I will never forget that night or forget meeting Stephen. Although he did not know it until now, Stephen will always have a special place in my heart. 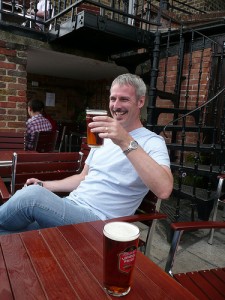 Full name: Stephen L. Beaumont
Name of blog: Blogging at World of Beer (Despite what Jack Curtin might believe, this is a temporary place holder while I pull together a redesign of the World of Beer website.)
Current location: Toronto

Montreal first, then Oakville (a Toronto suburb) and then Toronto

I was a competitive swimmer

It was at a restaurant in Maine, of all places. With my family.

York University in Ontario, where I graduated with a B.A. (hon.) in Pol Sci. (I tell people that you do three things when studying political science: you write a lot, you talk a lot and you drink a lot. This naturally set me on the road to my present career.) 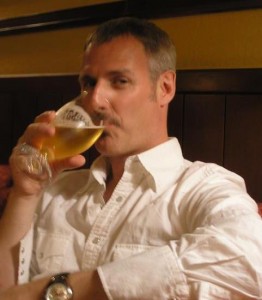 The beer was Hoegaarden White, brought back for me from the town of Hoegaarden back when Pierre Celis was still brewing it. It changed my perception of beer completely.

Every good beer is an epiphany in its own right. I never stop learning or appreciating. 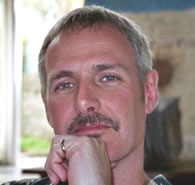 1. How long have you been writing your beer blog– Blogging at The World of Beer?

The blog name came from the website name, of course, which in turn came from the fact that the few other combinations I had tried were already taken, including my name. Since I travel the world in search of great beer, World of Beer seemed apt.

Honestly, I haven’t the foggiest.

5. In addition to your World of Beer website, you have also written for various other sources as well as published a book. Please feel free to detail as many of these as you wish:

I’ve been writing about beer (and spirits and travel) for about 20 years and have written or co-written six books.

My latest is The beerbistro Cookbook, which was inspired by the 6 year old beer cuisine restaurant in which I’m a partner. I have also contributed to several other books, most recently Ben McFarland’s new World’s Best Beers, and contribute regularly to ten magazines and irregularly to several others.

6. What is one of the coolest things that happened to you as a result of being a beer blogger/writer?

Way too numerous to mention, but tasting a Thomas Hardy vertical back in the mid-1990’s and drinking a seven year old bottle of the very first brewing of St. Lamvinus with Jean-Pierre Van Roy at the Cantillon brewery have to rank right up there.

7. What are you top 3 favorite beer blogs/beer websites?

I decline to mention, mainly because I enjoy so many. 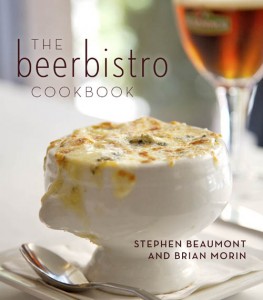 This might sound a bit pompous, but I would rather expound upon beer for a bit than answer your listed questions. Because, you see, I can honestly state that I enjoy almost any beer style when it’s done well, from west-coast American hop bombs to the elegant subtlety of a kölsch. Truly, I believe that there is a beer for every occasion, and an occasion for every characterful beer.

What I think a lot of people miss when they are talking about beer style likes and dislikes is that context can affect perception in very real ways, and not liking a specific beer or style in one context should not preclude liking it in another. I have seen people who can’t stand lambics fall in love with the style in Belgium, and people who shun hoppy ales enjoy them with the right food combination.

One of my favourite such stories concerns my beerbistro Cookbook co-author and the executive chef and principle owner of the restaurant, Brian Morin. Way back when I was first introducing Brian to some more esoteric beers, one he simply couldn’t wrap his head around was Rochefort 8, which I regard as one of the world’s finest beers for pairing with chocolate. Didn’t matter to Brian, though. He just couldn’t see the appeal. Then we went to a local Belgian-style café and at the end of the meal I ordered us Rochefort 8s and slices of flourless chocolate cake. He took one bite and a sip and I could see the light bulbs going off. He looked at me, smiled and said, “Okay, I get it!”

I have never wanted to work in a brewery because I see how hard brewers work, often for too-low pay and a general lack of appreciation. I’m happy with my pen and notebook, thanks. 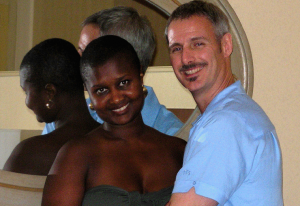 I honestly wouldn’t change. I love my job.

Married for a year-and-a-half, no kids.

Travel and eating and drinking figure high in my list of pursuits. (See why I love my job?) I love watching a good football, sorry, soccer game, live or on the tube, and enjoy reading. I also exercise rather reluctantly, running mostly, to keep off the weight. 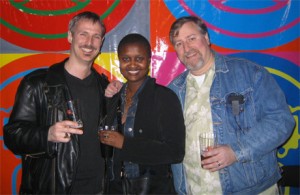 Flying would be cool.

Warm and fuzzy. (My thoughts, not the bacon!)

SPECIAL THANKS TO STEPHEN BEAUMONT FOR BEING AN INSPIRATION TO MYSELF AND OTHER BEER WRITERS!