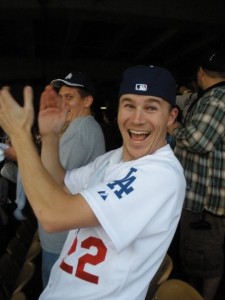 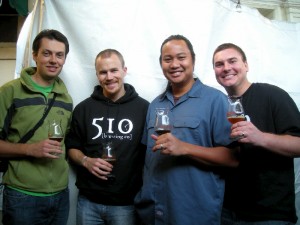 I grew up in Fairfield, CA. Not a particularly exciting place to grow up, but it gave me the small town feel while still being close enough to the city. I got to experience the best of both worlds growing up.

I grew up playing mostly baseball. After about 10 years I realized I wasn’t a great hitter, so I switched to a sport where the ball doesn’t move, gold. I was the captain of my high school golf team my senior year and have maybe played 3 or 4 rounds since then.

I think I had a sip of Coors Light as a young kid. It was so horrible I didn’t drink again until after college. My first beer I remember was Heineken. I only know that because I was hungover for a week after drinking too many of them. I stuck around the macro beers for a year or so until falling upon Pyramid Hefe as my first craft beer. Pyramid’s Curveball and Lost Coast’s Great White were what got me stuck on craft beer, I have never looked back since.

I attended DeVry University in Fremont studying Network and Data Communication Management. DeVry isn’t a huge “let’s get together and do stuff” type of school. The only school sponsored event I attended was a Halo tournament which me and my roommates absolutely dominated at. 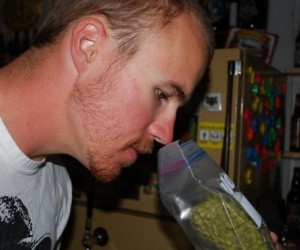 The major one I can recall is my first trip to Pyramid Alehouse in Berkley. For a long time we would always get Kegs of Curveball in the summer. Being able to see the place where it’s made and try it directly from the source was a novel concept. From there I started looking at other local breweries and trying their beers, it just sort of spiraled out of control from there.

The first would be starting up a video beer blog a few years back. I was a huge follower of social media guru Gary Vaynerchuck and his Wine Library TV video blog. One day sitting around drinking beer we though, well why the hell couldn’t we do that? After a couple of episodes, I wanted to know more about what I was drinking. What ingredients made a good beer, or a bad beer? Homebrewing was the logical choice. I started out with 5 gallon extract kits on a turkey frier in the back yard and have since expanded to a two tier all grain setup doing 10 gallons at a time. 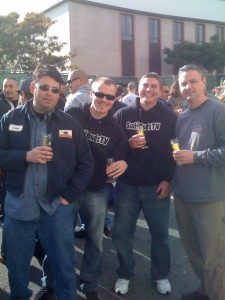 I have been doing 510 Brewing only for a couple months. It is a facility to interface with craft beer enthusiasts while we document our trek to become a production brewery. However if you include the video beer blog I used to do, I have been beer blogging for a couple years now.

The love of craft beer and wanting to make a living out of my passion.

510 Brewing is going to be the name of our brewery when we open up, hopefully next year.

The goal is to use it as a facility to talk to potential future customers. I want to let them know the trials and tribulations that we are going through to open a brewery. Hopefully when we actually open up it will help other aspiring homebrewers make the leap to go pro as well.

Peter from Better Beer Blog is probably one of my most respected opinions in regards to the authority of beer. Jay Brooks from Brookston Beer Bulletin is also another one of my favorites. When I need a good laugh though, I turn to my buddies over at Two Beer Queers. Wait, did I mention Drink with the Wench is my all time favorite? 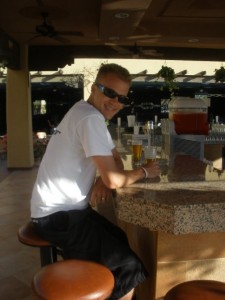 IPA/IIPA is by far my favorite. Hops are so good for your soul, it just makes sense to have as many as possible.

Mendocino County simply for their Double IPA seasonal. Hangar 24 for what they have been able to accomplish in such a short amount of time. Finally I would go with Dogfish Head for the creativity they bring to the table with each brew.

I would have to go with Dogfish Head. In all honesty, I haven’t loved any beer of theirs I have tried. To their credit, everything I have tried was in bottle form and shipped all the way across the country. However, Sam brings much more to his company then just being their leader. He is a visionary and a story teller who I think would be very inspiring to work with/for.

Yes, but trying to change home into pro. The beers we have been making during the winter months can get quite whacky. Our pumpkin ale was originally made by cutting off the back off of an already carved jack-o-lantern pumpkin the day after Halloween. However our most interesting beers have come by mistake. For example our Belgian Wit we made when our hop scale was MIA. We “eye-balled” the amount of hops needed and ended up with something like 65 IBU’s for the wit. Interesting, yes…good, no.

I have taken tasting classes and studied for the BJCP, but haven’t taken the time to schedule out the test. I am interested in the Cicerone, but I also haven’t had the time to start that process.

This is an area of the beer world where I am completely oblivious to. The best pairing I have tried though is a nice mellow IPA with a spicy chicken pasta dish.

Current day job is working as a software engineer for a startup in the Silicone Valley.

Hell Yes! I work part time at a brewpub in Fremont right now trying to learn the ins and outs of running a production brewery. Once financing is in order, 510 Brewing will recruit me from my current day job.

Yes, married my high school sweet heart in June of 2008. No children though, way too selfish for children at this point in my life.

Softball takes up most of my time in the dry months. I am a hobby collector though, I tend to dabble in a lot of side projects. 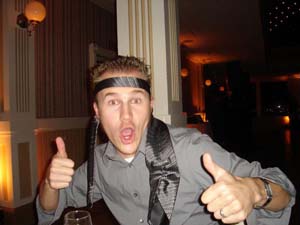 *Off The Beaten Path*

Kolsch. Light bodied and easy enough to get along with to introduce people to the craft beer world.

I would have to go with a magnum of Stone Brewing Arrogant Bastard. After drinking that much, hopefully I would be passed out or die of alcohol poisoning before making it to the executioner.

3. If I contracted you to brew a beer (*or design a beer recipe*) called “The Beer Wench” – what style would you chose and what, if any, extra ingredients would you add?

I would go with a blonde ale but kick it up a notch, maybe with some habanero spices or orange zest.

I’m a huge fan of Heroes, and my favorite character is Peter Petrelli. But if I was the only one around with powers it would be kind of useless. So I will stick with the ability to fly. How awesome would that be to be able to go anywhere in the world free of charge. I would move to Hawaii and commute to Fremont every morning from there.

A lot of memories come up from when I was a young kid and loved racing cars and going fast all the time. I don’t recall anything taking me to the brink of death, but I do remember a lot of idiotic acts. Such as trying to convince all my friends they could do donuts in their cars, including the owners of a 4,000 lb Thunderbird and a front wheel drive civic. I also recall trying to “get air” in my car and shooting sparks from my under carriage. Probably not a good idea since that’s where the gas tank is.

I don’t know what the huge fad is with bacon. I like to munch on a piece every so often, but I don’t think I will be making bacon beer anytime soon.

SPECIAL THANKS TO TRAVIS FOR AN AWESOME INTERVIEW. BEST OF LUCK TO HIM IN HIS GOAL TO OPEN A BREWERY!