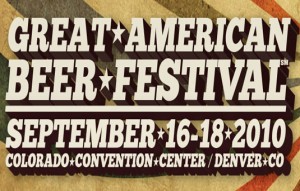 Crowds of enthusiasts don’t visit salsa factories, and no one geeks out over the chance to meet a soda maker. There isn’t a Great American Wine Festival, and people don’t line up for the chance to buy special release potato chips.

Craft beer fans differentiate this industry from all others. From introducing craft beer to friends, to playing a crucial role in the passage of vital legislation, fans are the frontline in the movement to make the world safe for craft beer.

Using social media tools for grassroots activism, craft beer fans numbering in the millions can be more effective than the priciest ad campaigns and the most well-connected lobbyists.

During the Saturday evening session of the 2010 Great American Beer Festival, a panel of four craft beer evangelists from all aspects of the industry will fuel a discussion on how to become a craft beer activist and build a grassroots movement based on a shared love for the most diverse, delicious, and authentic beverage in the world.

The panel will take place on Saturday, September 18th at 7:30pm in the Brewers Studio Pavilion. During the panel, Short’s Brewing Company will be pouring its Anniversary Blood Orange Wheat Wine and Stone Brewing Company will be pouring samples of its 12th Anniversary Bitter Chocolate Oatmeal Stout – the only time and venue that particular beer will be available during the Great American Beer Festival.

Ashley Routson, Founder of Drink With The Wench

Hope to see many of you there! CHEERS!