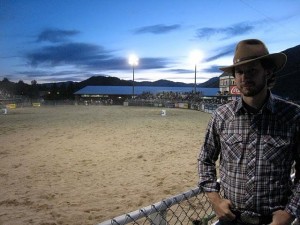 I played tennis and soccer in high school, and also raced for our school’s ski team. In college, I set aside conventional sport and joined my school’s ultimate frisbee team. Since college, I’ve re-found my love for soccer and play in numerous recreational leagues around New York City.

Growing up, I used to spend summers with my family in the Dominican Republic. When I was 14 years old, and about to enter 10th grade, I ordered my first beer at a place called Discoteca Genesis. It was a refrigerated bottle of Presidente poured into a frosty mug. There’s only one thing I can recall about that beer: it was exceptionally cold.

Although I graduated with a degree in European History from Union College, I find that piece of information totally inapplicable. Equally inapplicable is the fact that I was heavily involved in student government while at Union College, climbing all the way to the prestigious position of president of the student body. More applicable is my participation in theater and improvisational comedy. Union College is also the place where Seth and I met; I was his RA sophomore year. 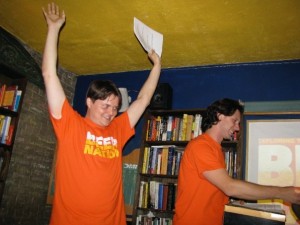 I was introduced to craft beer during my senior year of college. Our campus bar served beers from Saratoga–both their Pale Ale and their Black & Tan–and I was a regular customer. But, while these Saratoga brews certainly opened my mind to the concept of craft beer, it wasn’t until I got my first taste of Sierra Nevada Pale Ale that really got hooked. I was hanging out with my more cultured friend, Julian, when he brought me a bottle of Sierra Nevada. He called it “fancy beer.” My first sip of Sierra Nevada tasted so different than anything I’d ever imbibed before. That floral hoppiness, which I’ve since grown accustomed to, was so new to me. I instantly wanted more.

2. Have you had additional craft beer epiphanies since the first? Detail as many of them as you wish:

My first taste of Russian River’s Pliny the Elder comes to mind. I was traveling through California with Seth, and we dragged our significant others to Toronado in Lower Haight, San Francisco. Both of us were unable to escape the urge to order a Pliny, a beer we had heard so much about but had never had the opportunity to try. The most impressive thing about that first Pliny was its balance and smoothness. I had never tasted such a hoppy beer that totally avoided any unsettling bitterness.

Seth and I have been running Beer Nation for just over a year.

As craft beer lovers, Seth and I were inspired by the speed at which the craft beer revolution was progressing here in New York. In particular, we were impressed by the fact that even “normal” bars were now selling at least one or two craft beers.

4. What are your personal goals for your blog? What do you hope to achieve with it?

Honestly, we didn’t have many goals going into the Beer Nation project other than to create a show and website we were proud of. Once we created our pilot, however, we truly believed we were onto something good, and we wanted to share our content with as many people as possible, both craft beer aficionados and virgins.

Well, in three weeks we’ll be heading to the Great American Beer Festival in Denver, Colorado, and have been granted media passes for the entire, multi-day event. I imagine that will be the coolest thing that’s happened to us as result of creating Beer Nation.

Beer Advocate, The Lagerheads (Washington City Paper), and Drink with the Wench (obviously!) 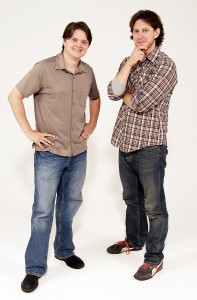 Russian River. Working in Sonoma County and serving the product of my labor to patrons of the brewpub sounds like a dream.

The results of my few endeavors into homebrewing serve as certain proof that I should never be considered a homebrewer.

None as of now.

Imperial stout and pork chops. I don’t know why, but the creaminess of a strong stout matches perfectly with a juicy pork chop. 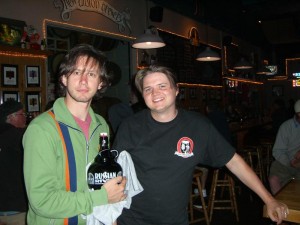 I used to cherish the opportunity to tell unprepared strangers that I was—despite my grungy appearance—a corporate litigator. Thankfully, I now work in the non-profit world, but I’m still an attorney.

I can honestly say that I am very happy with my career and would not change a thing.

After 7 years together, my girlfriend and I recently made it official – and registered with her employer as “domestic partners” (so I could gain access to her sweet health insurance benefits). We’re taking it step by step.

I’m a pretty big music fan, and I try to see live music when I get the chance. I’m also a huge soccer fan; both as a spectator and a player. 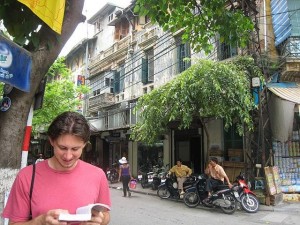 A California Common because, although I consider myself to be a unique person, I’m pretty easy to deal with.

Russian River Pliny the Elder. It’s just good. No ifs, ands, or buts about it.

Easy. I would undoubtedly brew a dunkel weisse.

I’ve always wanted the power to avoid uncomfortable conversation. With that superpower, I’d be indestructible.

One time when I was in high school I ran after a basketball that had run astray and, because it was dark, ended up falling off a 10 foot cliff. It sucked, but I survived.

My thoughts about bacon are generally graphic, lurid, and —in all honesty— disconcerting to most level headed adults. I’d rather not memorialize those thoughts on your blog.

SPECIAL THANKS TO MIKE FOR AN AWESOME INTERVIEW!