INTRODUCING: DANIEL AKA “THE DUDE”

AUTHOR OF: IT’S A FUCKING BEER 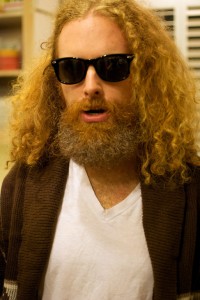 I grew up in a small town called Abbeville, SC, which is affectionately referred to as the “birthplace and deathbed of the Confederacy.” No shit. Take that, rest of the South.

Baseball all the way until I started having to actually make the team to play. I took up skateboarding a second time in college and still try a drunken ollie or kickflip here and there.

Other than a sip of Dad’s Silver Bullet growing up, I was a few months shy of 21. I’ve made up for it.

I didn’t really like the first beer I tasted, which was a Bass Pale Ale someone else was having at the now thrice-defunct Wings Down Under here in Greenville. A few years later when that bar was called the Bait Shack, I used to swill large amounts of cheap PBR there until it closed down.

I attended Clemson University where I majored in mechanical engineering with a minor in film studies. I was a college radio DJ and a writer/editor/photographer at the school newspaper. I tended to drink lots of whiskey while writing, like all good southern writers. 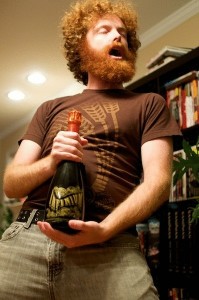 Oi, I’d probably have to say when I made a spring break trip and did some shopping in a state that allowed beer with higher alcohol content. Not that it should make much difference, but I grabbed a few Avery brews and Stone Arrogant Bastard. It fucked my world. I wasn’t ready for the Reverend or Salvation – I still don’t do Belgians – but my eyes were opened. Also, I lost my job and went way broke right after I stocked up. My only other choice was O.E. 800.

A buddy brought Dale’s Pale Ale over to my first house party / barbecue when I moved away from my college town in 2006. Another friend brought Terrapin Rye. I was hooked on them both that entire summer. And I still drink them regularly. 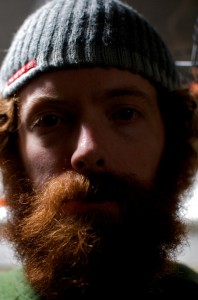 I was sick and tired of beer blogs that went on for ages without actually letting you know if the beer was worth a shit. Also, bad writing and photography in said beer blogs. Come on, people, we aren’t all 13 year old girls with our first iPhones, ripping up livejournal.

Well, we were drinking at a bar, bitching about how confusing beer reviews can be and I just said “It’s a fucking beer, just drink it!” Fucking epiphany.

Well, I just want beer reviews to be less stuffy. I hope to generate a few laughs, all the while putting out content that can be digested while the readers are drinking heavily. Don’t get me wrong – I love beer, but I’d rather drink it than sniff and douche with it.

Strangely, locals recognize me from it. And that motherfucker Greg from Stone insisted on taking a photo of us…together. One of these days I’m gonna get a a free beer.

I can’t read. Sometimes I check out Beerandwhiskeybros.com. I’d rather just go hang out at my locals and drink. Oh, those are barleysgville.com and thecommunitytap.com. 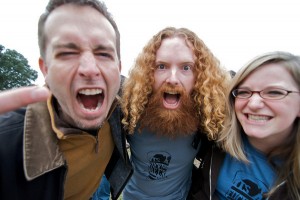 IPA, Stout (imperials and all that), Scotch Ale

Well shit. Brewdog is pretty much the Courtney Love of breweries, but I’m sure they’d be fun as hell to work for. Also, I’m sure they’d love my ruddy face-hair and public urination stats.

No. I’m more of a quality guy. I helped my roommate brew a smoked habanero imperial stout that we’re pretty proud of in response to Monster Energy Drink being a bunch of assholes to RockArt Brewery.

Hell no. I’m Scots-Irish with a liver like a golf ball and no conscience.

Uh. Pizza and beer. IPA or stout. Yeah. I said it. Or burgers. Burgers go fucking great with stouts, IPAs, pales or any combination of the three. 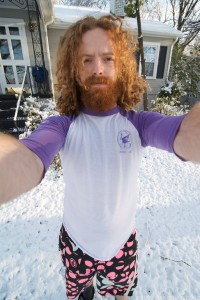 Make films. I stopped being a tire engineer a while back for this reason. Yes, tire engineer. Michelin. I’m sure you’ve heard of it. 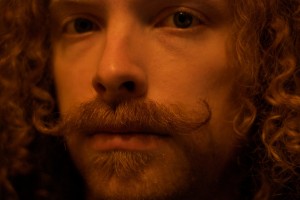 Probably a Terrapin Hopsecutioner just for the irony. And because it’s pretty damn good.

Still gonna go with Scotch Ale for this one. The sex and violence of your taste buds would totally fit the profile.

Dude, invisibility always rules. And flying. Maybe I could be Wonder Woman’s plane. She would always be all up in me.

Oh shit, really? I’ve spent time in jail on each coast, but I’d have to say running from the cops and getting away with it (mostly unscathed) would take the cake. That or chasing cars down the street with my bare ass…

SPECIAL THANKS TO DANIEL FOR AN AWESOME INTERVIEW!