Home » About The Beer Wench » LATEST » INTRODUCTION: The 20 Most Eligible Bachelors of Craft Beer

Some of you (okay maybe just my Dad) might have noticed my lack of blogging in the past few weeks. This is partly due to the fact that I am now gainfully employed by an awesome brewery, whose website and blog have taken priority over my own. It is also partly due to travel; the mayhem of beer festival season is upon us… And the last reason I have been so “quite” on my site is because I have been putting a lot of time an energy (yes, I am dead serious) into the research and development of the inaugural list of “20 Bachelors of Craft Beer.” 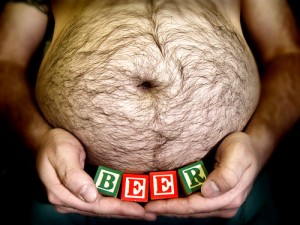 The idea was developed from conversations that are constantly brought up in personal circles, often behind the scenes, but sometimes publicly on various Social Media platforms. Let’s face it; when humans are attracted to other humans, we tend to vocalize it to our peers (and in my case, the Internet). And as much as I try to fight gender stereotypes, I must admit that the ladies of craft beer do, in fact, gush over the men in the industry.

Now, you must be asking yourself why on earth a self-proclaimed feminist would want to glamorize the boys in the biz… therefore upholding gender stereotypes and further creating a “delineation” between the sexes. Why not a “20 Most Eligible People of Craft Beer” contest instead? Touche, my friends. But the answer is pretty simple: I am a woman in the industry which means I carry with me a certain bias. It is easier for me, personally,  to evaluate men on a subjectively objective scale. And since I was a principal in the development of this operation, it is important that I remove as much bias as possible.

Now having said that, it is important to clarify that, while I may have spearheaded and organized the operation, my opinion only contributed to a fraction of the actual outcome. Allow me now to discuss the process:

This was not a “people’s choice poll”. Instead, we opted for a “pageant-like” competition. Unlike most pageants, the participants did not enter themselves and were not required perform a certain set of tasks on which we judged them.

In order to even qualify for the “pageant”, the men were required to 1. Work for a brewery (not necessarily as a brewer) and they 2. Could NOT be married (other relationship statuses were accepted).

Nominations were collected by a select group of women, who then put them all through several elimination rounds until we narrowed down the list of Top 20. And then, a secret panel consisting of 10 women from all areas of the industry and areas of the world scored each of the 20 “contestants” on 3 different measures.

Appearance, although a factor, was not the most important measure. Even Miss America is required to have a talent and prove that she contributes value to the greater good of the world (World Peace FTW!). And so, all of the men on the top 20 list were individually scored on the following three separate measures:

1. Industry Talent: Although many of the men excel at other hobbies, this measure strictly speaks to the “industry impact” that these individuals have made. This can be evidenced by number of medals won, books written, movements started etc… The main question is: are they important and relevant in the craft beer industry?

2. Personality: Let’s face it, brewers (although adorable in their awkwardness) are not known for being social butterflies. In fact, most are extremely socially awkward and truthfully, some are complete pricks. However, a select few stand out from the crowd. These are the speakers that can steal a room, the men that make you feel all warm and fuzzy inside, and the men you find yourself drawn to like a moth to the flame.

3. Appearance: Being in the beer industry is less than glamorous, and those who make it look glamorous deserve a little bit of credit. Drinking beer for a living can adversely affect one’s health and physical fitness. But there are some men who have gone above and beyond to ensure that they keep their beach-ready physique. And well, then there are those that are just adorable in their own awkwardly geeky ways.

Not all the men on the list excel at all three measures. Some might have a lot of two, but none of one. This is why each person was scored on each separate measure, instead of scoring them on a simple scale from one to ten.

Whew. Now that we have gotten all that out of the way… It is time to announce the 20 Most Eligible Bachelors of Craft Beer, right?

Do I have the results? Yes….. BUT, I need some time to properly organize them and present them. So please bare with me and, *cross your fingers*, the big reveal will happen within the next day or so… STAY TUNED!

6 thoughts on “INTRODUCTION: The 20 Most Eligible Bachelors of Craft Beer”