Beer Cocktails: love them, hate them, the trend is here to stay. Case in point? The Discovery Channel recently featured a beer cocktail recipe and video on its website designed and executed by none other than yours truly (with the help of amazing partners, naturally).

I recently partnered with two of my talented and forward thinking friends, Jerry James Stone and Chris Eldridge, to launch a beer mixology pilot project (you can read more about the team below). Our ultimate goal is to develop one of the most, if not the most viral beverage-themed video series on the Internet (move aside Wine Library TV!).

The first recipe and video in the series, “Roasted Apricot Margarita (Made with Beer)“, was posted on the Discovery Channel’s website this week. The unique recipe features a twist on the classic margarita with apricot preserves and American IPA (video features: Bison’s Organic IPA).

Instead of posting the recipe and the video on my blog, I’m going to force you to visit the Discovery Channel post so that you can help support our project by liking it on Facebook and retweeting the link on Twitter. Just think of the possibilities if this project takes off! Thanks, in advance, for all your support.

And here is a little teaster for the road… 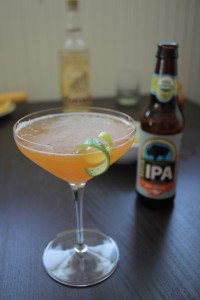 About the Beer Mixology Team 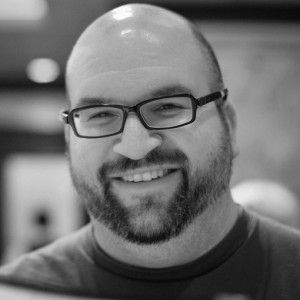 Jerry is a writer for Discovery Channel, and the producer and main recipe developer for TreeHugger’s Green Wine Guide, which features sustainable wineries and vegetarian wine pairings. He’s currently creating the official Philz Coffee cookbook for the Bay Area establishment which will feature recipes about cooking with coffee.

He has been a food judge alongside Michael Pollan and Alice Waters for the Good Food Awards and wrote the nightlife section for Fodor’s 2013 San Francisco guide book. His writings can be found in MAKE magazine, The Atlantic and Digg.com. 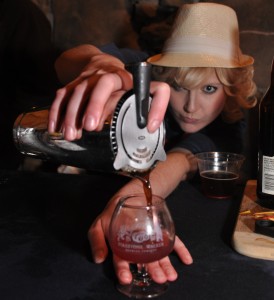 Known to most as The Beer Wench, Ashley is a self-proclaimed craft beer evangelist & social media maven on a mission to advance the craft beer industry through education, inspiration and advocacy. She is currently the “Director of Awesomeness” at Bison Brewing in Berkeley, CA  — where her responsibilities include everything from marketing, sales, PR, social media & events.

Ashley is also a freelance consultant and professional speaker on the subjects of social media, beer mixology, food & beverage pairings. She is the founder of DrinkWithTheWench.com & BeerMixology.com as well as a regular contributor to CraftBeer.com.

Chris an Independent Video Producer, Editor, and Cinematographer for corporate, television, and marketing-oriented clients, with a persistent, detail-oriented work ethic. He studied Cinematography at San Francisco State University, working as a projectionist at movie theaters in San Jose & San Francisco. Out of school, Chris began working in Television and shooting feature films with friends, one of which saw theatrical distribution in the US & India.

Chris currently produces content for the EMS industry, as well as several wine, beer, arts, and entertainment pieces for his personal project, CineVine.com.