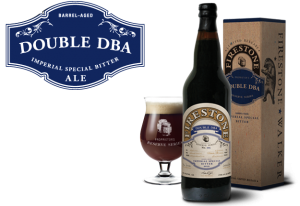 “We started our brewery by fermenting our flagship Double Barrel Ale (DBA) in oak barrels,” said co-proprietor David Walker. “Double DBA brings us full circle as our first release that is both fermented and aged in barrels. If there’s a beer that represents the soul of our brewery, this is it.”

After fermentation, the beer was racked and returned to the “union barrels” as well as bourbon barrels, where it aged for one year. “The result is a big and complex beer that still offers the balance and drinkability that are the hallmarks of DBA,” said Brewmaster Matt Brynildson.

Double DBA was bottled without filtration. The English caramel malts lend a rich toffee and crème brulée character that pairs well with the assertive medium toast of the American oak barrels. 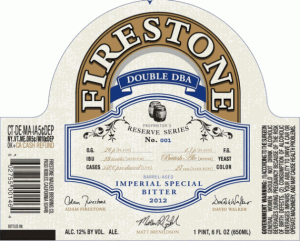