Home » About The Beer Wench » LATEST » 15 Must Follow #CraftBeer Instagramers

It’s no secret that I have a preoccupation, fascination, and obsession with social media. My latest addiction? Instagram.

What is Instagram? Essentially, its a mobile-based photo-sharing social-media platform. Instagram also allows its users to connect to and share its photos to Facebook (pages and profiles), Twitter, Tumbler and Foursquare – making it quite the one stop shop. And since Facebook bought it last year for one billion dollars, Instagram has quickly become one of the most-widely used and fastest growing social networking sites. 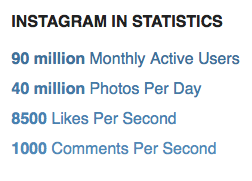 Hundreds, if not thousands, of craft beer fans and dozens of breweries use Instagram. Today, the #craftbeer hashtag boasts over 280 thousand pictures. Hundreds of pictures of craft beer are posted every day. Hundreds of users view these pictures, liking them and even commenting on them, every day.

I have been spending more and more time, much to the dismay of my friends and family, on the #craftbeer feed. As a result, I’ve uncovered new friends and followers that I might not have otherwise. Here is a list of the craft beer-focused Instagrammers that I enjoy following the most. Some of them are extremely talented photographers, some quirky and fun, and all are very engaging and interesting to follow!

Angelo works at a great craft beer bar and is always taking pictures of new beers being tapped. He also has an epic beer cellar and his feed boasts some of the most sought-after beers in the world.

One of the most popular #craftbeer Instagrammers, Kim posts fun and cute pics of herself with beer – often telling a story with her pictures. She also visits a lot of breweries, sharing her adventures in the form of pictures on Instagram.

Chris is the beer editor for DRAFT Magazine. He gets sent lots of awesome beers from awesome breweries and shares them with us on Instagram. His feed gives me serious beer envy.

Although based in the beer mecca of Portland (OR), Dan gets his hands on amazing craft beers from all over the country. He takes great photos.

Adam runs one the most popular beer news site in the world. As his IG name suggests, Adam has his finger on the pulse of the beer industry and share his beer experiences with us on Instagram.

Although her IG name might not reveal it, Amber is a hardcore beer geek and beer blogger. She takes great photos, mostly of beer!

Ashley is a sister from another mister. She takes awesome photos of beer and food (and every now and again of her kids). Ashley is also very active and engaging with the rest of the IG #craftbeer community.

I’m quite certain that Dan is a professional photographer. And, if he isn’t, he should quit his day job to become one. His photos are some of the best I’ve seen!

Amy keeps it cute and classy, making her more than deserving of the “craft beer girl” name. She is also very engaging, giving love in the form of likes and comments to her fellow craft beer lovers.

Another great photographer, Jeff’s IG feed consists mostly craft beer and food photos with the occasional glass of wine. He’s engaged to one of my bffs – @sharayray – who is also worthy of a follow!

With a IG name like that, one would expect nothing less than awesome photos of beer – and Dale delivers. It appears as if all of his photos are taken and edited with his phone – so made props for keeping it real!

Tyler is, by far, one of the best beer photographers on Instagram and his beer collages are some of the best. He posts more rare, hard to find beers, than anyone I follow on IG. He’s Canadian, but we still love him.

Alice is one of the most popular craft beer instagrammers, boasting hundreds of likes on each of her photos. She is also highly engaging, frequently liking and commenting on other pictures in the #craftbeer feed.

Creatively combining the word instagram with the word beer, tag team Herbert and Rafael run one of the most popular beer-themed instagram feeds. Beware: they also post pics of domestic yellow fizzy lagers – however, most of it is craft.

Did I miss your favorite #craftbeer Instagrammer? Recommend them in the comment section below! I’m always looking for new and interesting people to follow! 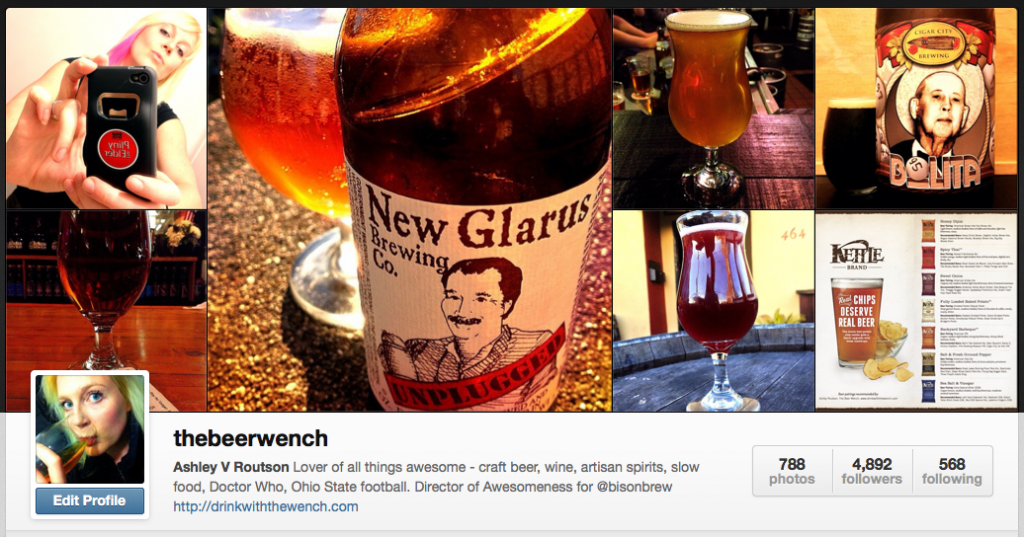