Even the Miss USA pageant doesn’t end with the crowning of the victor, so we decided that our “20 Most Eligible Bachelors of Craft Beer” needed to include some special awards as well.

Since the men were all judged on three separate measures (please read the rules and criteria on my previous post), we decided it was appropriate to award the winner of each measure a special title. Something special for the man who scored the most on the personality scale, the most on the talent scale, and the most on the appearance scale, and so on.

But that’s not all folks. Why not ride this wave out as long as we can, right? Miss Jess Hunter, Assistant Editor and Staff Writer at Denver Off The Wagon, and I decided to add a fun twist to the competition by adding a few superlatives… super high school style (oh come on, you know, the things you vote on for the senior year book).

Enough with the words… on with the show!

Mirror mirror on the wall, who is the fairest of them all? According to the results, this guy is the complete package. He walks the walk, he talks the talk. He has the look, the swagger, and now the bragging rights of “The Most Eligible Bachelor of Craft Beer.” 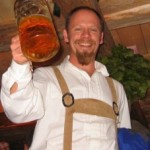 Brewers are not exactly known for having the best social skills, that is why they work all day in a brewery, after all! This award goes to the most congenial, charismatic and inspirational “contestant”. This person scored the highest on the “personality” measure. 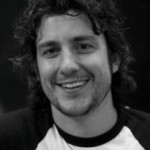 Let’s face it, brewers are not the most glamorous men in the world. And the pretty ones definitely stand out. This award goes to the winner of the beauty pageant. This person scored the highest on the “appearance” measure. 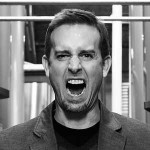 There are all sorts of levels of talents in the craft beer industry. Brewing skills, marketing, public relations, sales… all are very important to the success of a company. This award goes to the one who rocks the Casbah. This person scored the highest on the “talent” measure. 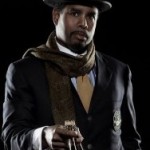 Don’t get us wrong, brewers boots, dickies workshirts, tie-dye and plaid are all adorable in their own respects. But there are only a select few men in the beer industry worthy of the adjective: dapper. And we think Garrett Oliver is the swankiest of the swank. 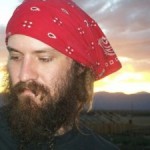 Ladies don’t deny it, beards are sexy. Being badass enough to sport an epic beard in addition legendary dreadlocks = pure WIN. When it comes to facial hair, Jason Yester is the cat’s meow. 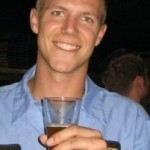 Never trust the men with killer smiles (you know the kind: glimmering white teeth, adorable dimples), because they can con you into about anything… including drinking Schlitz out of a can in a dive bar at 4 am… but I digress. 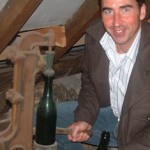 Pictures do not do this man justice (Come on Adam, when you gonna get better press photos?). One look into his eyes, and you will be captivated for… well, hours. And probably days. Maybe even months. But not like I would know… 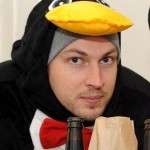 There is a saying that goes: Don’t take life too seriously, you’ll never get out alive. The dynamic duo over at Brewdog definitely live by this motto, as evidenced by their rather brilliantly insane marketing gimmicks and feats in brewing. Oh and penguin costumes? ‘Nough said. 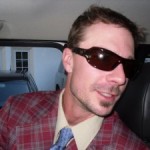 Working in the beer industry can be a slippery slope. Consumption of beer everyday, typically with copious amounts of food, can be quite detrimental to one’s girlish figure. But, there are some men out there dedicated to fitness and keeping their body beach-ready. 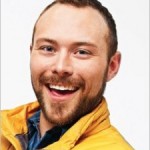 Don Juan, Casanova, Dracula, George Clooney — they all have it. The word is CHARISMA. We are talking about the snake charmers who can talk the pants… errr boots off just about anyone. And Colin is one heck of a Ladies Man. 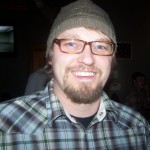 Plaid is the new black. And it takes a real man to pull off the plaid-flannel combination. In fact, it takes a really burly manly mountain man. That or a brewer. Either way, it is one heck of a fashion statement. 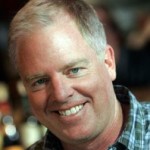 They may be worshiped by many, but let’s not kid ourselves here. Brewers are geeks. And their fans are geeks. And the winner of the biggest geek award goes to Sully, the man rarely ever seen NOT on some sort of technological device doing something on the Internet.

Well folks, thanks for playing. And thanks for getting excited about brewers that get some of us ladies in the beer industry excited. Now… who wants to help make the calendar?