What is the best way a beer geek can celebrate Earth Day? By imbibing organic beer, of course!

On April 21st, Beer Revolution, Downtown Oakland’s most popular craft beer bar and bottle shop, invites you to celebrate organic beer and the brewers that make them! In honor of Earth Day, organic brewers from up and down the West Coast will be hosting their own “Organic Beer Revolution” at Beer Revolution, taking over its 40+ taps with a rebellious array of organic craft beer.

Technically speaking, non-organic beer is a modern-day phenomenon. All beer was organic before World War II, when the development and use of synthetic chemicals and pesticides began. Nowadays, organic brewers are an anomaly. But don’t let being an anomaly conuse your perception of organic craft beer. Same equipment, same process, same brewing talent required – the only thing that differentiates organic craft beer from its conventional counterparts is the earth-friendly agricultural practices used by organic farmers.

“Some people hold the misconception that organic craft beer is inferior to its conventional counterparts — which couldn’t be farther than the truth. Organic craft beer is just as delicious and innovative, if not more, as regular craft beer. My fellow organic brewers and I intend on proving this fact at the Organic Beer Revolution.” – Dan Del Grande, Bison Brewing. 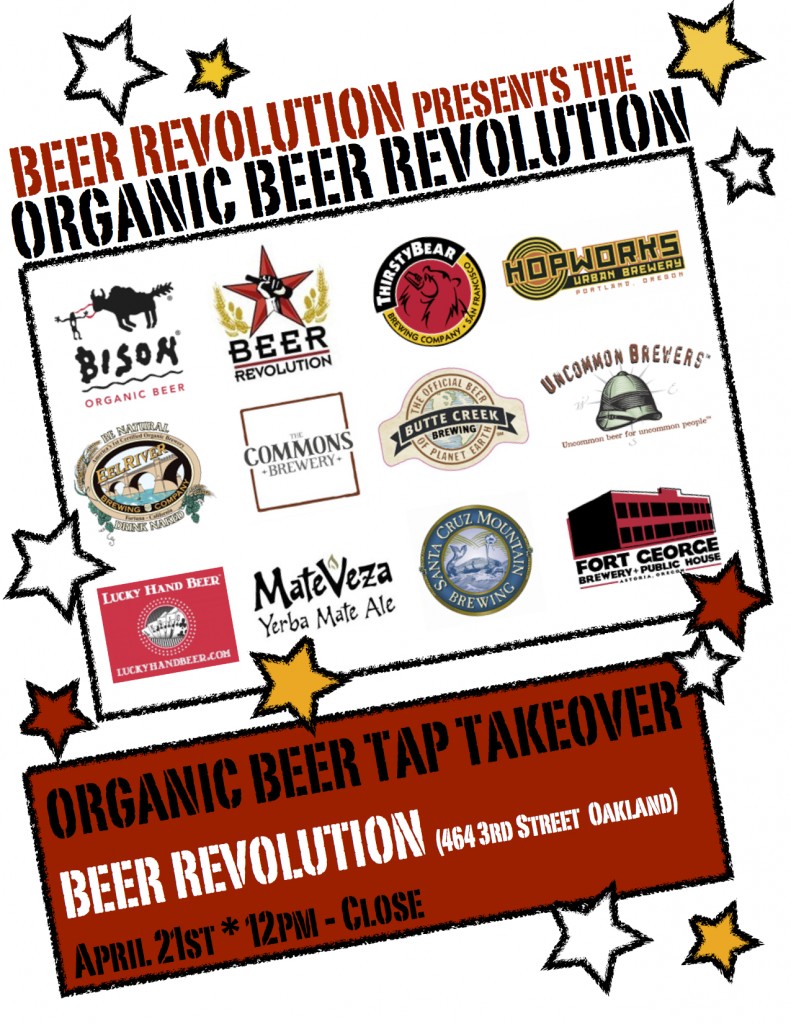 Several of the brewmasters will also be in the house, ready to answer any questions, so come toast the men and women that continuously put quality of ingredients and the health of the planet before the bottom line. Mother Earth thanks you!