Three years ago, I had the honor of attending the release party for Sierra Nevada‘s first-ever collaboration beer, Life & Limb, in San Francisco. For the its first collaboration project, Sierra chose good friend Dogfish Head, a collaboration beer veteran. Technically speaking, they released two beers that day; Life & Limb and Limb & Life — the later being a draft-only beer made from the second runnings of the first. Needless to say, it was exciting to witness two amazingly talented and extremely passionate craft breweries from opposite coasts collaborate in the name of love and craft beer.

Ken, Me & Sam at the Life & Limb Release Party

Although Sierra Nevada has collaborated with a few other outstanding craft breweries, one can never forget one’s first. They have paired up yet again, further forging the bond between them with an East-meets-West Imperial IPA called Rhizing Bines.

“We had a lot of fun brewing the original dark and roasty Life & Limb in Chico with the Grossmans and Sierra Nevada’s extended family,” says Dogfish Head President and Founder Sam Calagione. “We are very proud of the way that beer turned out. Now it’s our turn to repay that hospitality and brew a very hop-centric IPA in Milton with our pals from Chico, incorporating innovative ingredients and techniques from both breweries.” 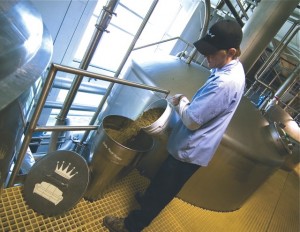 “Sam and his family and the entire Dogfish crew have been friends of ours for a long time,” says Sierra Nevada Founder Ken Grossman. “When we started talking about doing another collaboration we jumped at the chance, especially since this version will be the hoppy counterpoint to the last brews. We couldn’t say no! We’re looking forward to joining forces again. We’ve got one of our Hop Torpedos on a truck right now on its way to Delaware via North Carolina, and we’re eager to taste the finished product.” 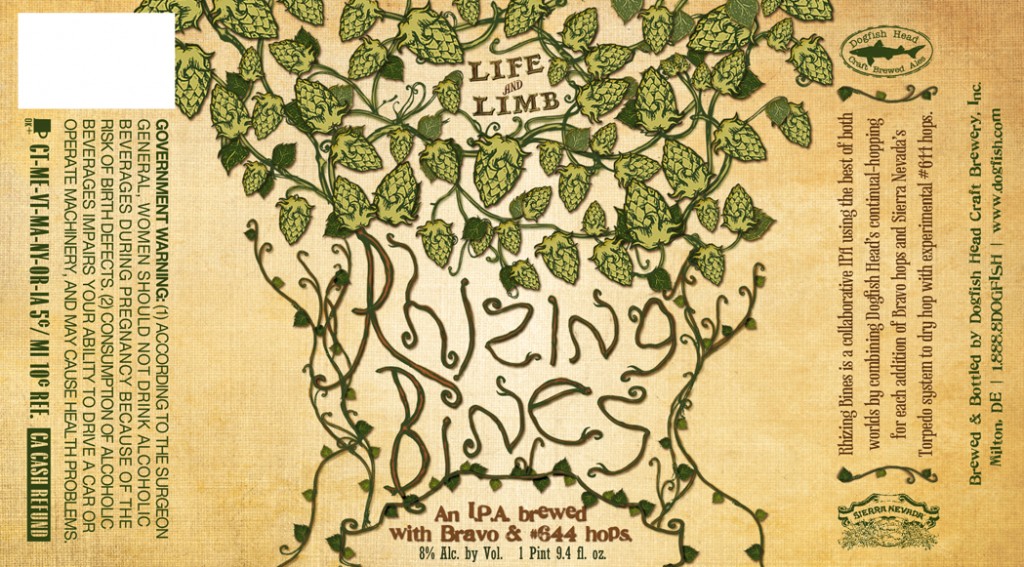 On the hot side, Rhizing Bines will go through Dogfish’s signature continual-hopping process with floral and citrusy Bravo hops. On the cold side, it will be dry-hopped with an experimental varietal so new it doesn’t yet have a name, just a number: Hop 644. A component of Sierra Nevada’s aroma-boosting Torpedo system will make a pit-stop in Delaware for dry-hopping duty before it heads to Sierra’s new North Carolina brewery. 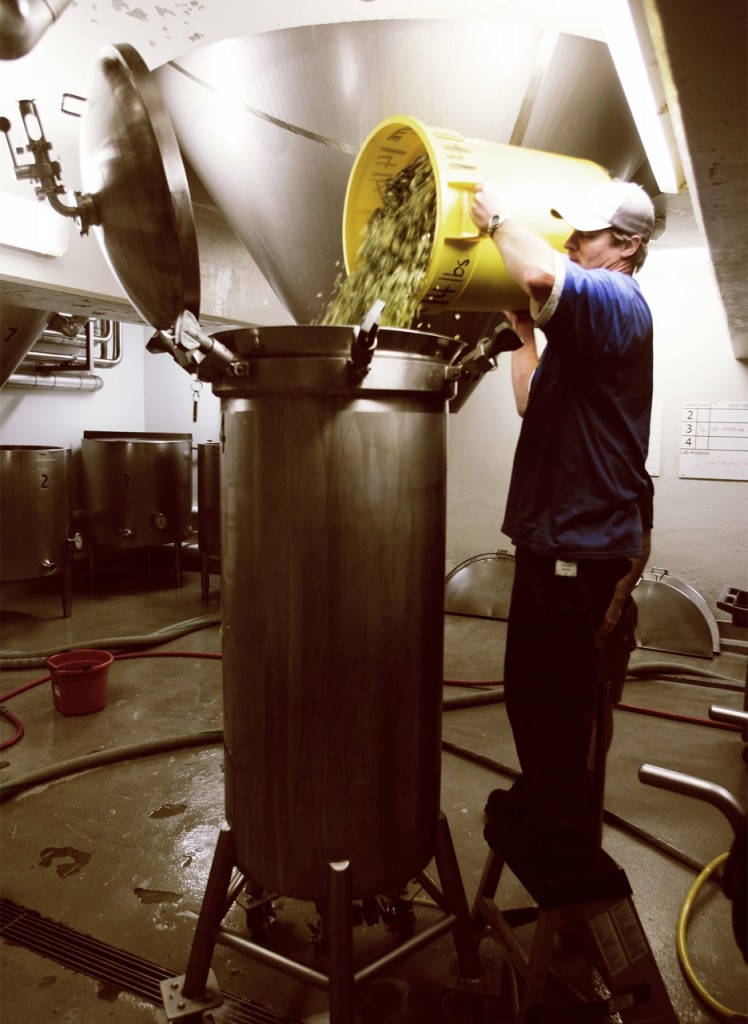 “It gives my wife and myself great comfort to know that although we’re leaving our home and friends on the West Coast, we’re joining our craft brewing friends on the East Coast,” says Sierra Nevada General Manager Brian Grossman. “Here’s to great beer!”