Last week, dozens of breweries, beer bloggers and craft beer enthusiasts joined together to simultaneously announce the return of IPA Day! The 3rd Annual IPA Day will be hosted on August 1st 2013 (it is always the first Thursday of August). And today, I’m very excited to unveil the official logo for IPA Day 2013—designed by one of my favorite craft beer enthusiasts to follow on social media, Emily Ragle (@EmilyRagle on Twitter).

This year, Emily designed 3 different logos—two black and white and one color. Feel free to share them on all your social media platforms, blogs and use them on any IPA Day marketing and event materials! 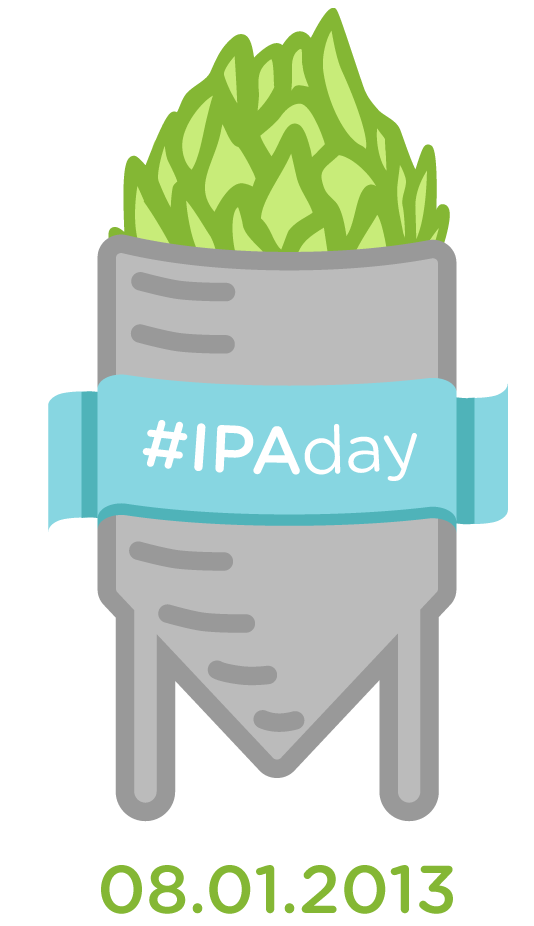 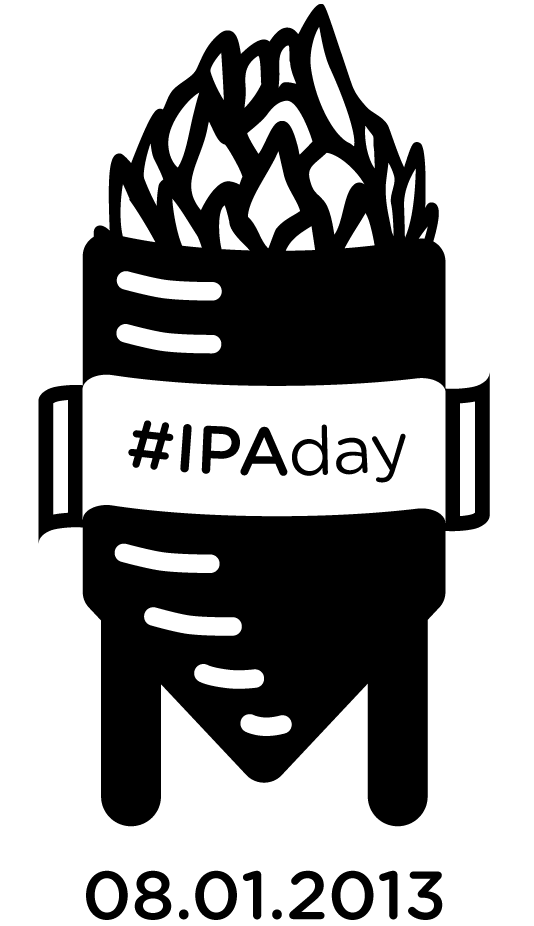 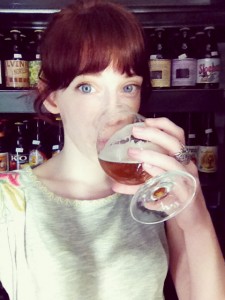 Emily Ragle is a graphic designer from New Jersey. She works full-time at a small studio making iPad apps, and part-time giving tours at Carton Brewing. She’s a certifiable craft beer nerd who also enjoys baking, football, travel, and the occasional bourbon. When she has free time (which is not often) she directs/films/produces a web series on homebrewers. Check her other work out at http://emilyragle.com or follow her on twitter & instagram @emilyragle.

Some of you might be asking yourself, what is IPA Day? Great question!

Founded in 2011, IPA Day has quickly become the world’s largest virtual beer party. It is a universal movement that was created to unite the voices of craft beer enthusiasts, bloggers and brewers worldwide, using social media as the common arena for connecting the conversation.

For the past two years, hundreds of events, tastings, festivals and dinners have been hosted around the world in celebration of IPA Day. Last year, roughly 12 thousand tweets from more than eight thousand people were sent out over a 24-hour period, yielding over 10 million impressions for the #IPAday hashtag on Twitter.

The goal is to make this year’s IPA Day even more viral. Getting involved is easy, the only requirements are an appreciation for great craft beer and the willingness to spread the word. On August 1, share your photos, videos, blog posts, tasting notes, recipes and thoughts on IPA with the world. Be sure to tag your posts on Twitter, Instagram, Facebook, Pinterest, Google+ and other social media platforms with the #IPAday hashtag. Please note that this year we are using a lower case “d” in the hashtag to reduce confusion.

Wanna take your participation to the next level?

Organize an IPA Day event at your brewery, brewpub, restaurant, bar, bottle shop, home or office. Be sure to post your events on the CraftBeer.com Event Calendar so others in can join in. Here are some helpful tips on submitting an event.