This morning, Sierra Nevada announced that is ready to open its new swanky taproom–The Torpedo Room–in Southwest Berkeley this November.This is a very exciting announcement for those of us (ahem *me*) that live, work and play in the neighborhood. 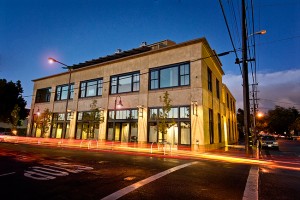 I work around the corner, suckers!!

Okay, so it is probably important to note that Sierra’s new taproom is literally, literally one block from my work. As in, I walk out the door, take approximately 20 steps, and BOOM. I’m there. And if I skip, I can get there even faster. And who are we kidding, I will be skipping, if not running, over there everyday after its opening. No passing go, no collecting 200 dollars.

The Torpedo Room will have 16 taps, all pouring unique and limited Sierra Nevada beers. Sierra Nevada will host educational tastings in the taproom, as well as the occasional craft-centric event dedicated to beer science. Because of licensing requirements (I assume), all draught beer will be served in taster flights. Guests will also have the option of filling growlers to go, as well as purchasing six-packs, cases and individual specialty bottles. Light snacks will accompany beer flights, but there won’t be a full food menu. 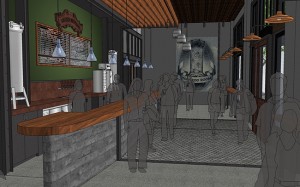 Cause ghosts dig beer too.

But the opening of Sierra Nevada’s new taproom isn’t the only beeralicious project that has got Berkeley beer geeks sitting on edge. Southwest Berkeley is also the very proud home of a new all-sour barrel-aged brewery aptly named The Rare Barrel. Oh, The Rare Barrel, how do I give thee the justice thou deserves? 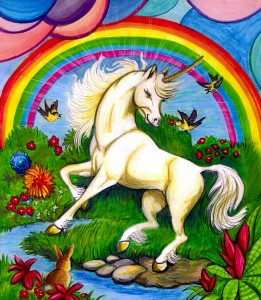 Picture a fantasy land where the sun is always shinning, rainbows are always in the sky and unicorns are playing freely and peacefully with dragons and fairies. Imagine a world where dreams really do come true and sour beer runs through the land like water. This is The Rare Barrel. 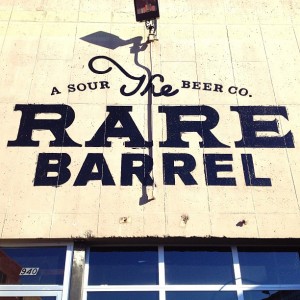 Okay, but for real. The Rare Barrel is going to be a magical place. The entire focus of The Rare Barrel will be on sours and they have created a space specifically dedicated to the conditioning of barrel-aged sour beers. High ceilings, a moderate climate and plenty of space–the barrels will have an ideal home for developing amazing and unique sour beers.

And where is this magical land of sours and pixie dust? Three blocks from my apartment and about 1 mile from The Torpedo Room. Yes, kids. That’s right. I can hop, skip, jump, run, bike or walk to both places in a matter of minutes. And that is a beautiful thing. 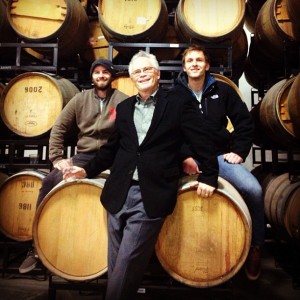 Brewers on barrels. Doesn’t get much sexier than that.

But sour beers and rare Sierra samplers are not the only beertastic things going on down in Southwest Berkeley. It is also home to the largest craft beer cooler in the East Bay. And we aren’t talking about a few refrigerators. We are talking about a beer cooler the entire length of a grocery store isle. It is so big, I can’t even capture it all on my camera phone. 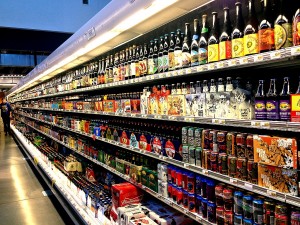 Southwest Berkeley also boasts an eclectic range of bars, from dive to fancy, that feature awesome and, often times, very special craft beer selections. In fact, my really good friend Josh was recently hired to renovate the beer program at an Old-Fashioned Hofbrau and Sports Bar located in the the historic Southern Pacific Railroad Depot on Berkeley’s 4th Street. Josh is well-known amongst local craft beer drinkers for his previous work, revamping the craft beer list at a popular NY-style pizza place near the UC Berkeley campus. 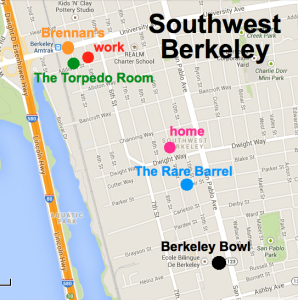 This is what my hometown beer world will look like.

Speaking of weird and awesome things that happen in Southwest Berkeley–my favorite dive bar within stumbling distance of my apartment recently tapped Firestone Walker’s Parabola. Not sure who exactly was in charge of tapping the keg that night, but let’s just say there may have been a bit of miscommunication with the staff. Said bar ended up pouring $5 pints of Parabola–and news of it spread like wild-fire throughout the local beer geek community.

And there is always the fact that I live in Southwest Berkeley, with a rather healthy beer cellar. Not saying that everyone and their mother is invited to come drink my cellar, but I’m always willing to pop open a few fun bottles with friends who visit the area. Especially, those who bring tasty treats for my mouth in either the form of suds or pig parts. 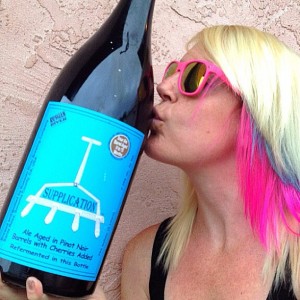 As hip and cool as Southwest Berkeley is becoming, I probably should tout the awesomeness of the other neighborhoods in Buzzerkeley as well. Just a wee bit north from all the Southwest Berkeley beer action, you can find two of our city’s more well-known breweries–Trumer and Pyramid. Technically speaking (for all the sticklers out there), Pyramid is no longer privately owned, so by definition of the Brewers Association, they are not a *craft* brewery. But, I still feel that their presence in the area should be noted.

But the beer fun doesn’t stop below San Pablo Ave. Head up towards Central Berkeley, where the UC Berkeley campus is located, and you will find a mecca of craft beer offerings including Berkeley’s oldest brewery–Triple Rock–the only East Bay bar to receive weekly keg shipments of the ever-coveted Pliny The Elder and the oldest liquor store in Berkeley (76 years and counting), which boasts one of the most extensive craft beer bottle selections in the area (including weekly shipments from RRBC). 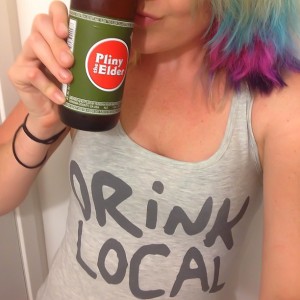 Well, as you can tell, I have mad pride for Berkeley’s craft beer scene. And if you think the beer scene sounds cool, you should also check out our food scene. Some say California cuisine and the Slow Food movement were born in Berkeley. And I believe them. Berkeley: come for the beer, stay for the food.

Let me know if you ever come to my neck of the woods! I’d be more than happy to show you around! Hit me up on Twitter @TheBeerWench, on Instagram @thebeerwench, or send me a message on Facebook! Cheers!