Anyone can call themselves an expert on beer.

Heck, my personal business cards say Beer Connoisseur in lieu of having a “job title”. 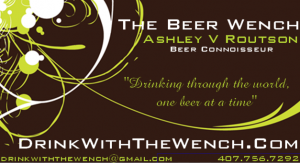 But what does that really mean? After all, it is a self-proclaimed title. It would be like calling myself a wine aficionado. Sure I know more about wine than your average person, but does that qualify me as an expert in the subject?

There is a reason why people obtain college degrees. As much as we would love to prove our own intelligence level without a diploma, it makes it that much easier to argue our case with that silly piece of paper. 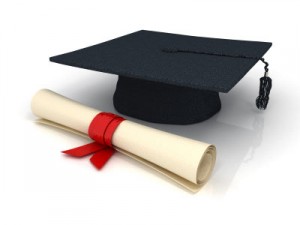 And forget the significance of a college diploma, one can’t even get into college without a decent score on the SAT or the ACT. As for further education? Try getting into graduate or professional programs without taking the GRE, MCAT or LSAT. Not going to happen, my friends.

Would you visit a “doctor” that does not hold a Medicinae Doctor (MD) degree or hire a “lawyer” without a Juris Doctor degree? The Wench thinks not.

Having an official title means a lot in today’s day and age. Sad yes, but true. 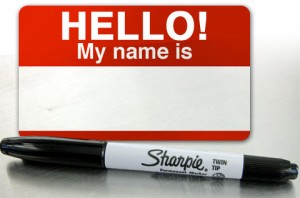 If I told you that I gave the best massages in the world, would you pay me $100 an hour to massage you? Probably not. If I was certified in some crazy exotic form of massage from some fancy massage therapy school,  I can guarantee that you would pay me big money to massage your back.

There is a large debate on whether or not standardized measures should predetermine one’s ability to perform a certain set of skills. I can argue both ways.

You see, I am “that guy” — the student that everyone hates. Mom, Dad … please stop reading. No, really. You don’t want to hear this. 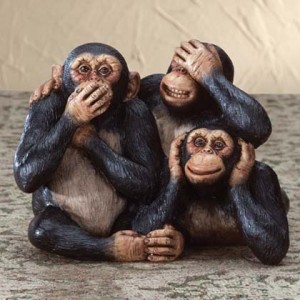 I’m very proud to say that I never had to pay my parents a cent … just saying. Regardless of my (lack of) studying habits, I graduated with honors.  But luck has nothing to do with it.

As much as I hate them, I do believe that standardized tests are important. Without them, anyone could declare themselves have any sort of credentials that they want or see fit, by their own standards — i.e.: I drink beer, therefore, I am a beer expert.

Society does need (ahhhh and my liberal nature hates admitting this) some sort of standards when it comes to expertise in different arenas. There has to be some sort of neutral and fair system in place that determines ones level of expertise in a certain subject. Am I wrong?

Long story short, I had a bad day. A really really bad day. An Alexander and Terrible, Horrible, No Good, Very Bad Day. 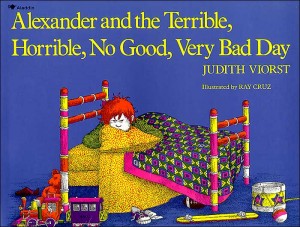 Yes, it was that bad. One of those days where you question your own self-worth and your purpose for existence on the planet.

Wellas fate would have it, my stars were aligned in some sort of twisted yet methodological pattern today. You see, just as I was about to go get myself into a drunken funk and sulk in a corner, a strange thing occurred.

My friend on Twitter (@djacra) passed the Cicerone Certified Beer Server test. And upon congratulating him on his amazing feat, many of my followers that that it was I who had passed the exam — not him. And after explaining the mix up to several people, it occurred to me … how am I not certified??? (After all, I consider myself to be … errrr… a beer connoisseur?)

My rather emotional and irrational state of mind jaded my perception. And so I ventured into my beer cellar, where I found a relatively low abv beer to aide as liquid courage.

Once I made my decision, I could not go back. With Frank Sinatra on the stereo & La Folie in the glass, I registered my information into the Cicerone program. And with no prior preparation or studying, I took the test.

Why on earth would pay $50 to take a test on a whim without any sort of preparation?

My closest friends in college and high school will tell you that I’m not one to study. (Once again, Mom & Dad — earmuffs!!!)

Studying was never my thing. LEARNING is, however. I’m really good at learning things and committing them to memory automatically (I am blessed with a photographic memory — yes try and test it, I dare you). Which, kind of makes it redundant to study. After all, if I KNOW it already — why would I need to study it?

And so, I challenged myself today. Do I really know as much about beer as I think I do? 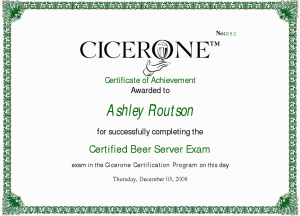 Neither an expert nor a novice, I am The Beer Wench — a Cicerone Certified Beer Server!!!