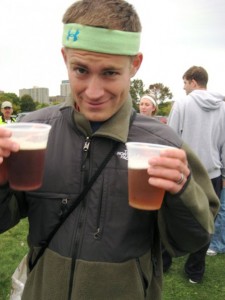 AUTHOR OF: THE BEER RUNNER 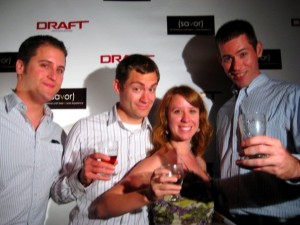 My dad let me try a little bit of his beer at a family party. I think it may have been Pabst Blue Ribbon, and I thought it was terrible.

I went to Marquette University to study journalism. Pretty much did a lot of writing, interning for the Milwaukee Journal Sentinel and the Associated Press while I was there. I was part of an intramural 3-on-3 basketball league championship team. Still got the t-shirt from that. 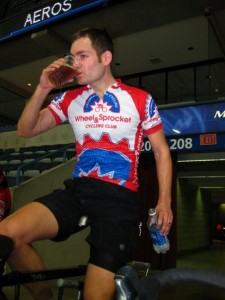 Not really sure I can pinpoint it to a single instance. What I really enjoyed — and still enjoy — about craft beer is how much it can constantly teach you, about taste, history, culture, science, marketing, community, etc etc.

Definitely going to Savor in Washington D.C. after a long day of hiking and realizing beer pairs really well with a wide variety of foods. My friends and I felt like we were in heaven. 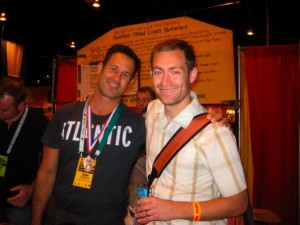 No one (that I knew of) was writing about people who take both craft beer and a healthy, active lifestyle very seriously. Some of the biggest beer fans are know are hardcore triathletes, marathoners, hikers, cyclists, etc. I think because both people who are into these types of sports and craft beer are adventures — it’s the same personality type. What I didn’t know was how many people fit into this category. I’ve been blown away at the number of beer runners from every sport that have been featured on the blog.

I came up with it, not surprisingly, during a run. (A State Park in Maine, to be exact.)

First and foremost, I want to give voice to a group of beer lovers and athletes who don’t really have a place devoted to their dual interests quite so specifically. And through these experiences, I’d like to teach myself and others about the cool new beers and adventures that these people are constantly uncovering.

The cool people you’re constantly meeting, both online and in person at places like the Great American Beer Fest (where I finally met The Beer Wench!) I’ve always said there’s no community quite like a community of runners, and now I’ve found another community just like it.

Can I be biased? I have to say No. 1 my parent site, Draftmag.com.

The name says it all with BEER N BIKES.

I’m a big fan of Chipper Dave at Fermentedly Challenged.

And of course, the Beer Wench is awesome for a variety of reasons, and you’re giving me my first interview about The Beer Runner 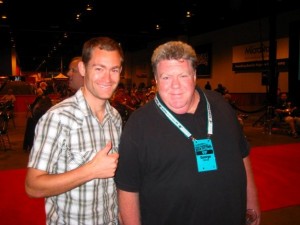 I once spent a night shift working with a Lakefront Brewery worker for an article I was writing, and it was a fun experience. I’m not sure you can go wrong with working with any brewer. But I’d have to go with Dogfish Head, the most adventurist brewery out there.

No, I’m sure I’d screw it up something fierce.

5. What is your favorite beer and food pairing?

Honestly, tacos and Schlitz and/or PBR. 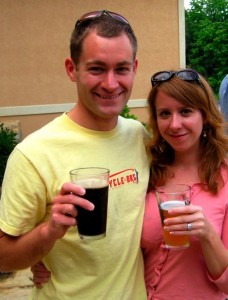 I do the social media marketing for a private university.

Jess and I have been married for a bit over three years now, and we’re expecting our first baby (other than our beagle) in early May. Craziness.

Other than running and biking? I’m taking business classes and I read a lot of Chuck Klosterman books and articles. 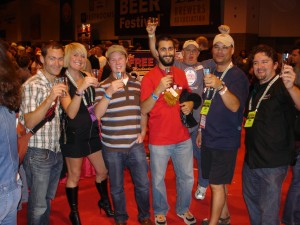 Probably an Oktoberfest, thanks to my German heritage.
2. You were caught smuggling beer illegally, which has now been made punishable by death. Right before you are sent to the executioner, you are offered one last beer. What beer would you chose and why?

Wow. Probably something from Sprecher, both because they have incredible beer, and it would remind me of home.

People tend to usually go for the obvious superhero, like Superman. But I wouldn’t want to be Superman. Way too much responsibility. I’d like to be the Flash. You get to be super fast, without the crushing burden of society’s expectations on you.

I fell down a mountain (well, about 20 feet or so down a mountain) and had to be airlifted by a helicopter off the continental divide in Montana. I suffered a pretty bad concussion and had to get some stitches, but otherwise walked away OK.

It’s been around for a long time, but for some reason bacon seems to be getting a lot of hype right now. I think bacon sculptures takes it a bit too far, but you can’t go wrong with eating the stuff. I’m a fan.

SPECIAL THANKS TO TIM FOR AN AWESOME INTERVIEW!