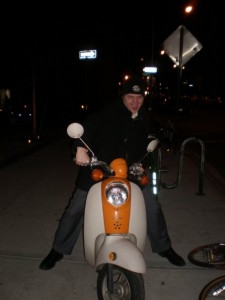 Most all, but in HS; Soccer, Basketball and Volleyball. Still play B-ball to stay in shape.

Living in NYC it wasn’t that difficult to get beer, we mostly drank 40 oz of Malt liquor (St Ides, Crazy Horse, Colt 45, you know, all the real nasty stuff) throughout high school it was either on some one’s stoop or on the roof of a friends apt building. We usually had the girls work their magic at the local deli, (because they looked older…more like 16 instead of 13). Later on we had smooth deals going on, we would just leave $5 dollars on the counter, walk back through the store, put two 40’s in our backpack and walk out without a word said either direction.

I went to Union College, majored in Civil Engineering. When I wasn’t studying my ass off, I tried to do as many intramural sports as I could: flag football, ultimate Frisbee, softball…anything that worked out with my schedule. Beer was obviously also involved. 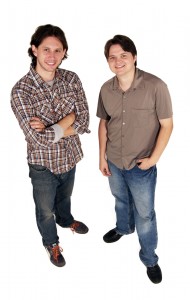 To tell you the truth, I don’t think I had this experience. I was pretty sure after spending my high school years drinking piss that during college I adventured out to six-packs from the 12 pack of swill with locals like Saranac, Magic Hat and Sam Adams. But In the beginning that were some very tasty Sam A’s and Sierra’s that I had decided that I could never go back to drinking macros.

About 3 years ago, Mike and I went out to Cali and visited a little brewing company in Santa Rosa and I’m sure you know what happens when you go there, it’s like pure heaven for beer drinkers, I never wanted to leave Russian River and as many others have done, I can’t stop singing the praises. I once had a Dogfish head Indian Brown a year or two ago that I thought was the best tasting thing I’d ever had, that shit really sticks with you. Sometimes it’s the weather, how you feel, what you are eating or even what you just ate that makes the beer oh so delicious or equally unsatisfying. 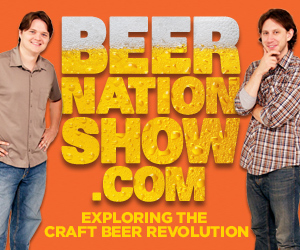 1. How long have you been filming your show?

2. What inspired you to start filming your show?

We are two pretty interesting characters that like a beer a lot and we hadn’t seen the web or TV producing anything that we wanted to watch about the growing craft beer market, so we pitched our idea to a production company and here we are, chugging along.

3. Why did you choose the name of your show?

We go out to explore the craft beer revolution and what name is better than the exploration of the Beer Nation.

4. What are you personal goals for your show? What do you hope to achieve with it?

I’d love to see it succeed to a point that will allow us to keep making a great product. I think our show can continue to promote the craft beer market, one drinker at a time. I already pretty much do that on a daily basis in my personal life, so if I can help do that on a national level, I’d be proud of that.

5. What is one of the coolest things that happened to you as a result of being a beer show host?

Well, we are still young, but, riding in the Flying Dog Winnie and enjoying some never before seen Brett Oak Aged Gonzo from their secret stash was pretty cool.

I like what they are doing at Craftbeer.com, I frequent Beer Advocate quite alot and BeerMenus.com was always an idea my brother and I had, but never figured out how to make it work, so I’m glad somebody did. 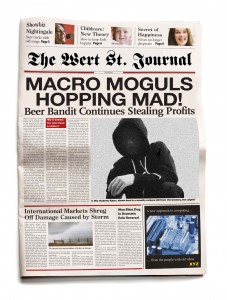 I’d have to go with Sierra, only because every product is solid, nothing crazy, but it could definitely be my deserted island brewery. I have a close connection with the Victory fellas and I love all their beers, so that would be number two. The hype is not an over-reaction so I’m going with Russian River as my third.

I went to visit Full Sail Brewery in Hood River and loved everything they stood for. I love the employee owned concept and how environmentally conscious they are. The town is pretty spectacular as well, I would be kite surfing ALL of the time.

I have home-brewed a number of times and never felt totally passionate about it. One of my first was a Pliny the elder clone, I still have a bottle, it didn’t even come close to Vinnie’s. Some people just know they were put here to brew beer and I feel like I would better serve the craft beer community by spreading the good word than trying to spread good beer.

No, but I’m a professional licensed Engineer in the State of NY, that should count for something right?

NY Pizza and beer go pretty damn good together, and the topping alternatives that we see here in the city allow for a plethora of choices in style and flavor profiles. 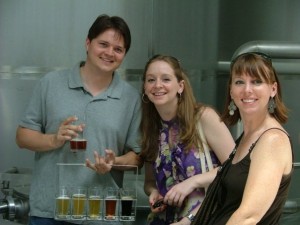 I’ve always wanted to own a craft beer bar, I would continue to do the show of course. Also, this would not be a career move, but growing up in NYC all my life and strangely enjoying driving around it, I always think about how cool it would be to drive a taxi for like a week, maybe even a month….but then like most jobs, I would probably be tired of it.

Yes married for 4 years and no children yet.

I am sports freak and will pretty much play anything. Never was much of a skier though, that might prohibit my living in Hood River Oregon. 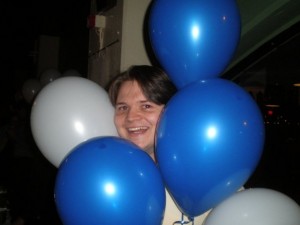 Because I feel like I’m one of a kind, and I’m not saying it would be very good, but I’d probably be a Gaelic Oatmeal Tripel Chocolate Honey Ale.

Impossible decision, but since this is fictional, let’s say that I’m the first to ever go under the axe and the whole world was watching, because in this world everybody watches the reality series “Executioners and the people they meet” on Court TV. I’d probably use the last beer I drank to be amazing marketing for my good buddy who is aiming to start his own brewing company called 2nd floor brewing. I love his stuff and would want the whole world to see. It would be Court TV highest rating ever, surpassing the Super Bowl. My demise, would be a publicist’s dream.

It would be saison brewed with sunflower seeds and fresh oregano for that little kick.

Time-warp man, embedded in his chest is a clock that allows time to go backward, forward, go fast, or slow down.

I ran with the Bulls in Spain once, that was intense….actually no I didn’t.

It has its place.

SPECIAL THANKS TO SETH FOR AN EXCELLENT INTERVIEW!

STAY TUNED FOR THE NEXT INTERVIEW — WITH HIS PARTNER IN CRIME, MIKE!