San Francisco Beer Week, presented by the SF Brewers Guild, kicks off tomorrow, February 10th. Don’t let the word week fool you, SF Beer Week is a 10-day long extravaganza. Stamina is definitely the key to surviving any beer week, especially one as crazy and event-filled as SF Beer Week.

East Bay, South Bay, North Bay — San Francisco isn’t the only one getting the action during beer week. So how does one go about choosing which events to go to and which events to pass on?

There are so many great events this year and, whereas I would love to attend every single event on the list, it is physically impossible for me to do so. Here is, however, the list of places that you can most definitely find me during SF Beer Week. 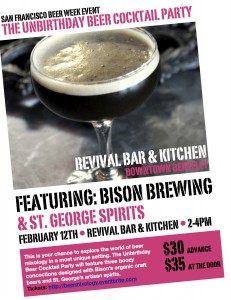 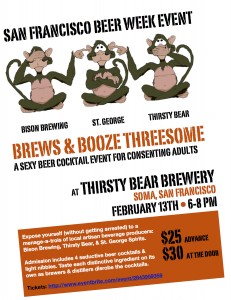 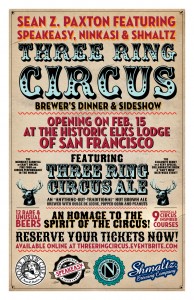 Meet the Brewer with Tyler King of The Bruery
Where: Beer Revolution, Oakland
Time: 5-10pm

An Evening with Firestone Walker Brewing Company
Where: The Trappist, Oakland
Time: 6-10pm

(I will be running up and down the street, back and forth between these two events!!) 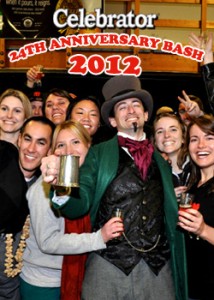 Naturally, this list is not the end all be all, and I will most likely make random appearances at several other events during the week. If you are in town and want to join me in my adventures, do not hesitate to shoot me an email: [email protected] or a tweet at me: @thebeerwench! Cheers!