Today I would like to introduce to Ben Edmunds, the genius brewer behind Breakside Brewery’s outstanding line-up of aristan beers. Inspired by his passion for the culinary arts, Ben is one of the most creative and innovative brewers in the craft beer industry. As a graduate of both Yale University and the Siebel Institute of Technology, Ben is not only talented, but extremely intelligent. Cheers! 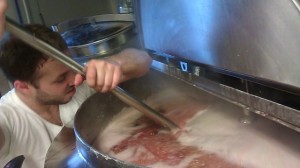 Inside the Mash Tun: Ben Edmunds

How did you get into the craft beer industry?
I am a long-time craft beer lover and homebrewer. I left my job as a high school teacher in 2008 to move to Portland, where I was amazed by the depth of the craft beer scene. I always had it in the back of my head that I might want to try and become a pro brewer, and moving to Portland confirmed it for me. In 2009, I went to the Siebel Institute to get my training. I returned to Portland in 2010 and have been here in the industry ever since.

How long have you been brewing at Breakside?
I’ve been involved with Breakside since the planning phase–the owners and I first met in early 2010. It wasn’t until November 2010 that we were actually brewing in house. Since then we’ve been going strong! 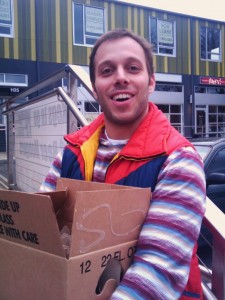 Out of all the beers you have brewed, what is your all-time favorite?
We made a lot of different beers–over 85–last year, and we’re on track to do the same this year, so it’s hard to pick just one. We made a spruce beer last summer called “Just the Tip” Spruced Wheat that I really loved. We made a German Pils last fall that I was really proud of as well.

What is your favorite beer and food pairing?
I don’t know that it’s my all time favorite, but recently I was at a beer dinner where we had a Bourbon Barrel-Aged Tripel paired with pork scrapple. That was pretty mind blowing.

What is the best part about working for Breakside?
We’ve got a fantastic staff and wonderful regulars. Everyone in our pub looks forward to trying new beers, and on a small brew system we get to be really creative. Portland is also the greatest beer city on the planet, and one of the direct perks of working for Breakside is that I get to contribute to and learn from the beer community here.

If you were a style of beer, what would you be and why?
I guess I fancy myself as a saison of sorts. Fruity and dry…appropriate in most situations and well suited to food. 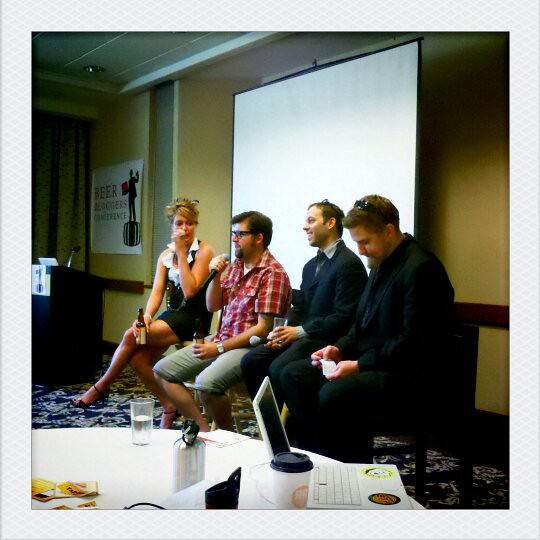 Outside of craft beer, what are some of your other hobbies and interests?
I’m an avid cook–if I weren’t a brewer I would definitely work in a kitchen, and some of my closest friends are cooks and chefs, so we spend a lot of time playing with cooking projects in our spare time. Portland has a lot of great smaller music venues, so I love going to see new music and up-and-coming acts. I do the gym thing a lot these days. Usually I’ll spend a lot of time on a day off in a coffee shop reading the New York Times, The Economist, or one of the books I have checked out from the library.

And lastly, what does craft beer mean to you?
I’m a brewer because I believe that creating a great environment with beer and food creates great community. Making beer is also a labor of love–it requires patience, trial and error, precision, living with your mistakes, technical rigor, imagination. I love that at the end of the day, I have a product of my own making to share with someone. It’s an industry that’s equally committed to quality, artisanship, and fun.

2 thoughts on “Inside the Mash Tun: Ben Edmunds of Breakside Brewery”