I’m excited to announce that Colorado craft beer pioneer, Boulder Beer Company, has teamed up with one of my favorite California-based breweries, Knee Deep Brewing, to release a special collaboration beer for the San Francisco and Sacramento 2013 beer weeks.

“We are excited to be working with such an innovative, up and coming brewery,” says Boulder Beer Brewmaster David Zuckerman. “We have a personal connection and a mutual respect for each other and the art of craft beer.”

Shakenbake is golden colored Rye India Pale Ale brewed with ingredients from both states. Shakenbake features the California-grown hop varietals Ivanhoe, Gargoyle and Chinook. The recipe’s pale malt was grown in Colorado and malted at the artisan Colorado Malting Company located in Alamosa, Colorado. Northwest Amarillos round out the hops, providing a bright, citrusy nose. A variety of other specialty malts and rye impart a golden color, slight spiciness and a dry finish, accentuating the hops. 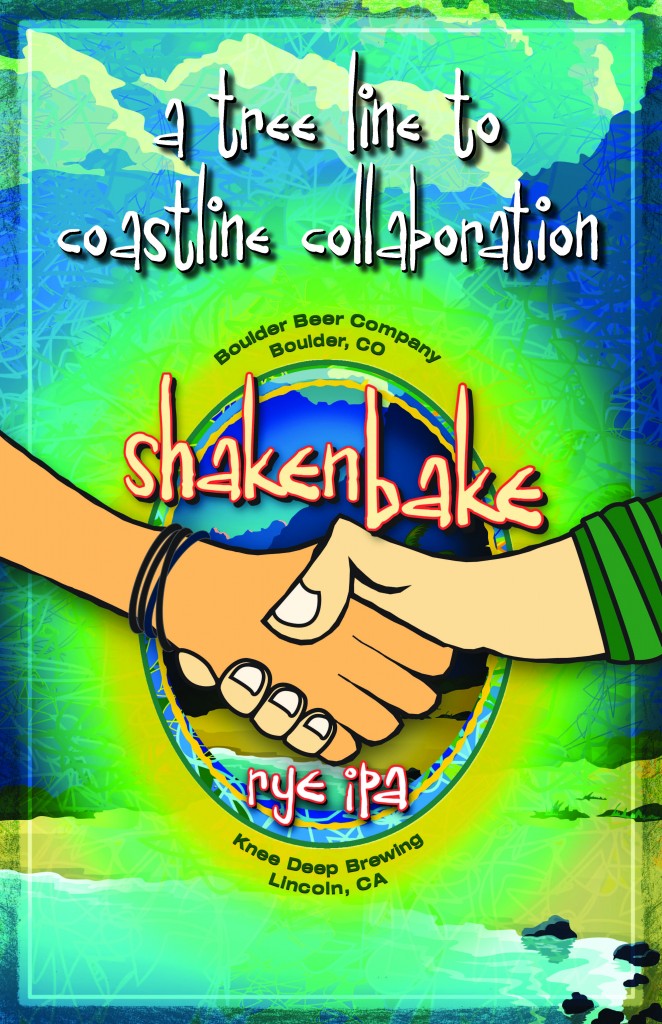 Founded in 1979, Boulder Beer Company has been a pioneer in the craft brewing industry for 33 years. They currently package seven year-round brands, four rotating seasonals, and periodically release very limited-edition, small batch brews throughout the year. Hazed and Infused is currently their top selling brand followed by Mojo IPA. Boulder Beer Company has recently expanded its footprint in California, their coverage now including most of Northern and Central California along with the San Diego market. Follow @BoulderBeer on Twitter!

Located in Lincoln, California, Knee Deep Brewing got their start in late 2010 and has grown rapidly and is quickly acquiring a reputation for outstanding IPA’s and other unique brews.  Their Hoptologist is an award-winning Double IPA and Simtra (3X IPA) was rated 98 out of 100 by Beer Magazine and #2 in the top 30 beers of 2012.  Knee Deep beers are currently distributed in six states and the company is currently planning to expand into a much larger facility later this year.  Once their move is completed, look for Knee Deep to be available throughout the US. Follow @KneeDeepBrewing on Twitter!